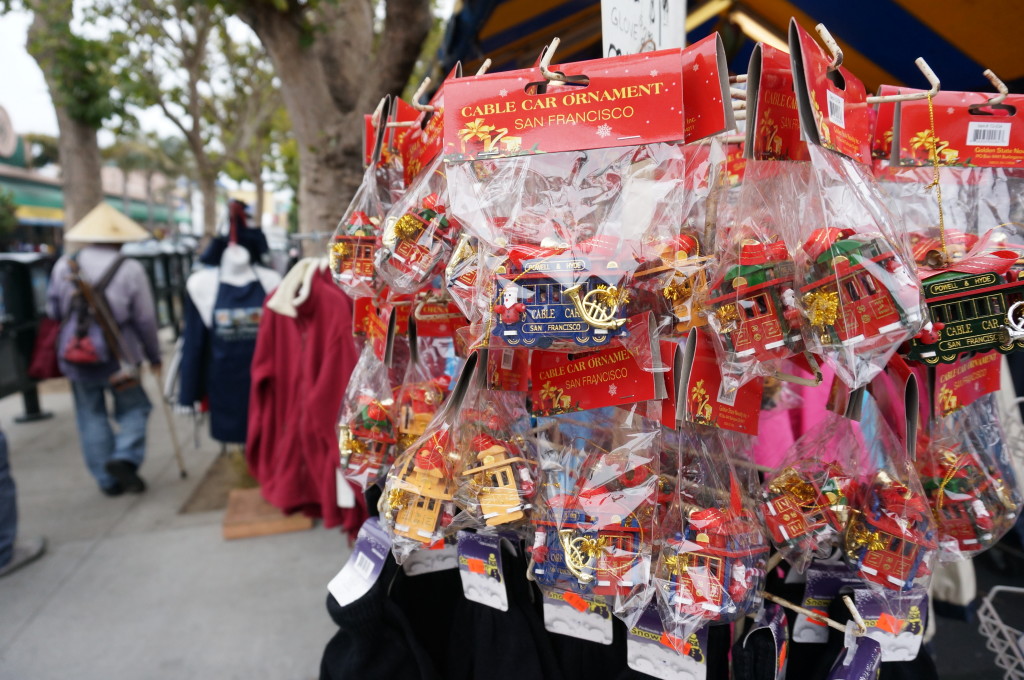 Steel yourself as you make your way past tatty souvenir stands hawking miniature made-in-China cable cars.

Fisherman’s Wharf is the Times Square of San Francisco– you know it’s a complete tourist trap, but you still feel compelled to visit anyway. Walking past the never-ending stream of chain stores, restaurants and wax museums can make you feel like you’re in a giant outdoors shopping mall instead of on a historic pier. One review I read summed up the experience perfectly– “I felt like I was trapped in an amusement park with only one ride.” 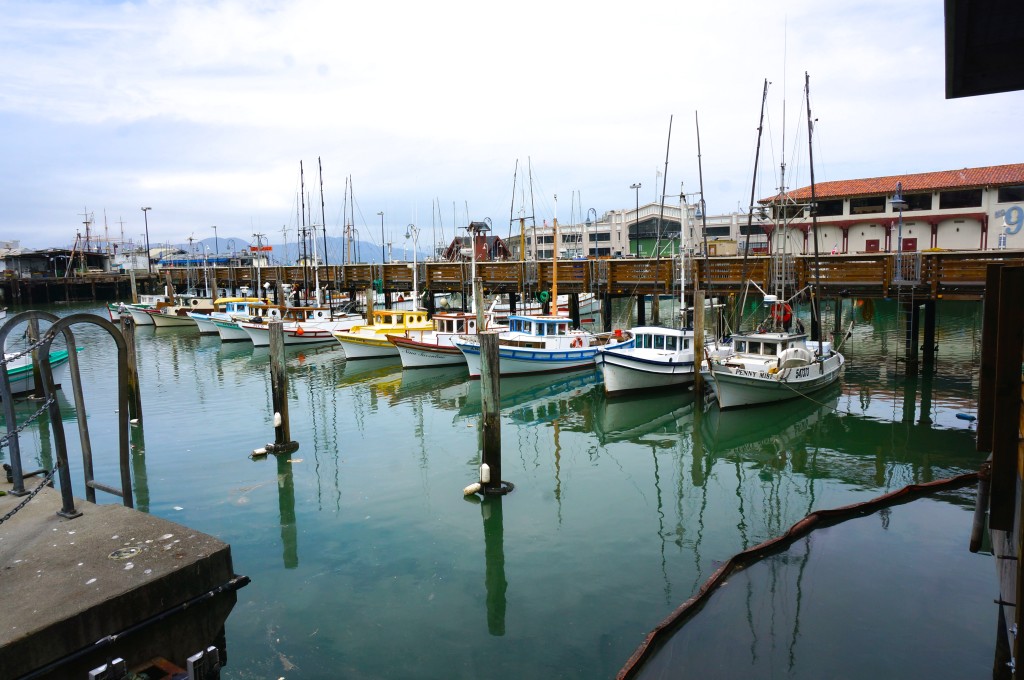 But if you persevere and make your way through the glut of mass commercialism, you’ll find the real reasons to visit Fisherman’s Wharf:

After sightseeing Fisherman’s Wharf for these attractions, you can hit the oldest sourdough bread factory in the country and pick up an edible souvenir.

So while we know Boudin Bakery is the oldest, is it the best sourdough bread in San Francisco?

For me to figure what the best sourdough bread is would require tasting all of San Francisco’s sourdough bread. While this actually sounds like a delicious and worthy endeavour, it’s not one I had time for one a short trip (and would still only be my subjective opinion anyway).

Even after checking various foodie sites, I still could find no real consensus about the best sourdough bread in San Francisco. But I did learn that sourdough bread lovers are passionate about their favorites— not unlike fans of NYC pizza. Boudin had many fans, as did another oft-mentioned bakery, Acme (insiders recommended picking up Acme loaves at a local Whole Foods). Others recommended new indie bakers in out-of-the-way neighborhoods. But I stuck with Boudin because to me San Francisco sourdough is as much about the history and tradition behind it as the flavor— not to mention the convenient Fisherman’s Wharf location where– let’s face it– every tourist ends up anyway.

You could spend a lot of time at Boudin Bakery watching the bakers in action, taking a museum tour or enjoying a leisurely lunch in their restaurant. I skipped the tours and headed straight for the takeout counter. Though the sandwiches were ridiculously tempting (especially the grilled cheese on thickly sliced sourdough) I went for the most popular item– chowder in a sourdough bread bowl. The chowder was tasty (but needed a generous sprinkle of pepper) and the bread the perfect foil.

Boudin’s sourdough bread comes in all sorts of shapes and sizes. Of course they have classic sandwich loaves, boules and baguettes. But they also bake all sorts of crazy shapes like teddy bears, turtles and even a giant alligator (options change monthly). They also have some interesting flavor variations, like olive and jalapeno. The bread will stay fresh for up to five days (they also have a shop at SFO airport so you can pick it up on the way home). Or for longer-lasting options, you can pick up some sourdough croutons or a can of their signature chowder. 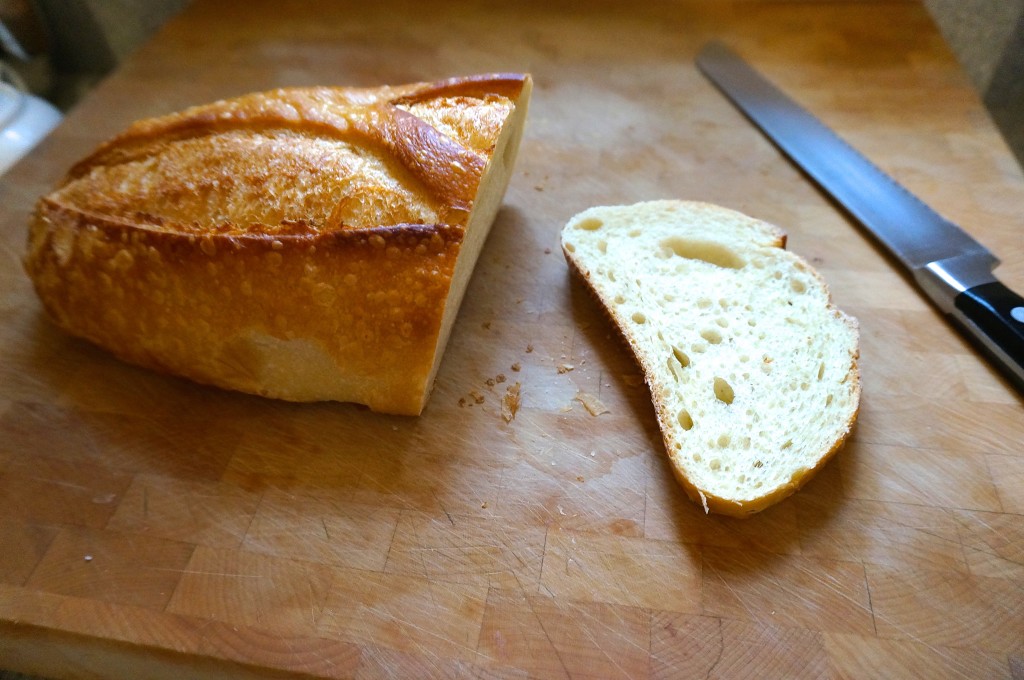 I brought home two loaves and popped one in the freezer. I can confirm my sourdough bread made excellent sandwiches and stayed fresh through the fourth day. By the fifth day it was still tasty, but served better as toast.

Have you been to Fisherman’s Wharf? What do you think is the best sourdough in San Francisco? Share in the comments below!

Years ago got sourdough bread and cheese. Took it back to our by hotel and ate it. That was years ago I’m 95

Is this the bakery i watched on the food network with the over 100 yr old "mother dough"?

Hi there! I just googled it and it appears so, except the dough is 160 years old!

Standing on the wharf and eating a warm slice of sourdough from Boudin's is one of the best experiences around! At that moment-there is no better sourdough!!

Debra, I totally agree! I was just back again a few weeks ago and it's just as good as ever.

i hope they make Rye Sourdough ,Last time i visited the USA in Hollywood and Texas i could not find good Rye bread.So maybe San Francisco will be better for great bread and coffee. Joey WNCO

hmm not sure where there is good rye, but interesting question, I'll have to google it!

The Sea Lion Cafe, at the end of the Fisherman's Wharf pier, is a great place for lunch! Even though we are locals, we love to take our out-of-town guests here because the food is great, and the view is fabulous. Prices are good, too.