Barclays Premier League: Everything a tourist needs to know to see a live soccer match (and bring home a souvenir kit)

Football in England– A tradition with a long history

Football (also called soccer in the US) is the most popular sport in the world. But even given its worldwide popularity, football still holds a special place in England’s history, where evidence of a “kicking game” played in London dates back to medieval times.

Over the last thousand years, football’s popularity in England has only grown, with over 40,000 association football clubs, more than any other country.

Seeing a football match in England as a tourist allows you to join locals in taking part in a beloved historic tradition, and gives you an inside view of this sport that has become a part of British culture. So get your tickets and join the estimated 900,000 tourists a year who attend British football matches each year.

England’s football league system is based on a sometimes complicated (to an outsider anyway) pyramid structure, based on the principles of promotion and relegation. Because of the widely televised matches, most tourists (especially Americans) are familiar only with the highest level league at the top of this pyramid, Barclays Premier League Football.

1. If you aren’t already a huge fan, take some time to learn about English football.

Maybe you aren’t a footy fan yet, but have a love of sports or played soccer when you were young, and are curious about what this football business is all about. If you are interested in learning more about English football, it’s definitely worth reading up on some of the intricate rules beforehand– it will make seeing the live match a lot more fun when you can join the others in letting that ref know how your striker couldn’t have been offside. 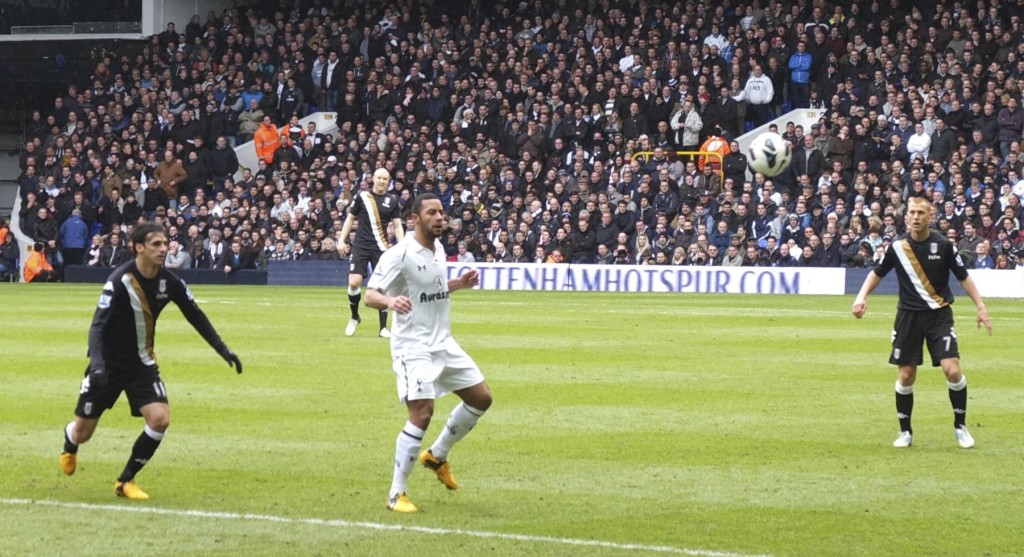 Also, if you don’t already, start watching English football matches on television. In the US, Barclays Premier Football league games are broadcast on NBC Sports Network. Better yet, find a local bar that plays the matches and get to know other fans.

Perhaps most importantly– pick a club to support and stick with them. The Brits are not known to be fair weather fans.

2.  Time your trip to England to coincide with your favorite Barclays Premier League football club’s schedule

What you need to know about the availability of Premier League football tickets:

How to choose your seats for a Barclay’s Premier League Football match: 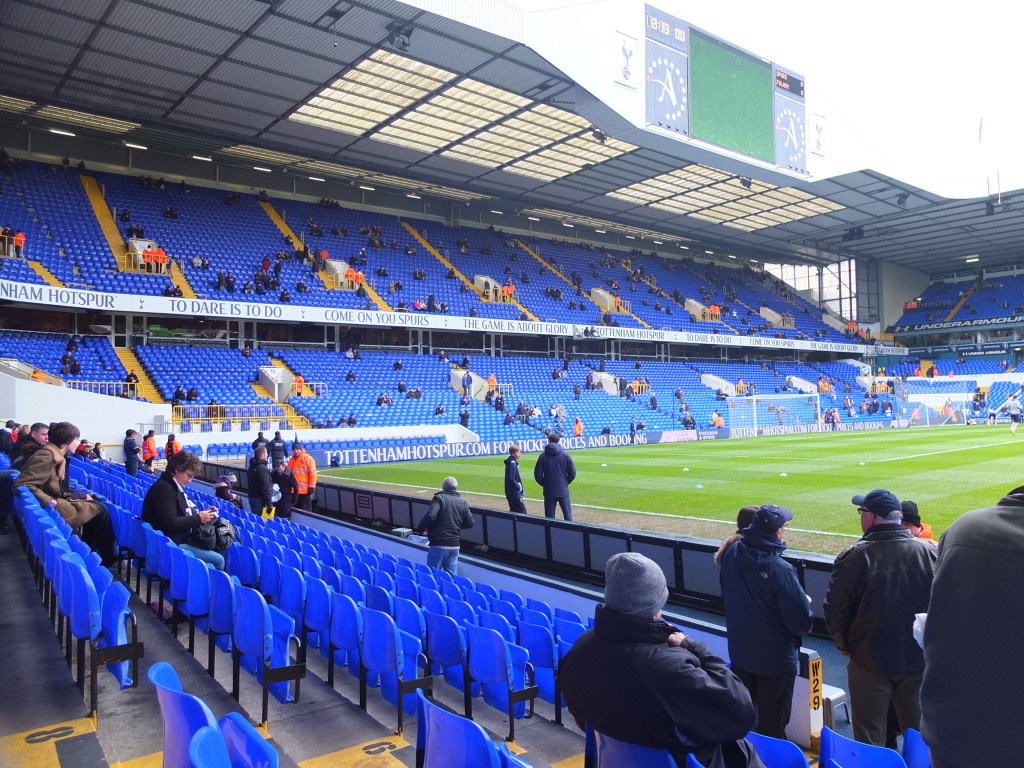 Do not, under any circumstances, sit in the opposing team’s section. If you’re seeing your club at their home stadium, this means turning down any seats in the “away” section, even if they are better than any other available seat in the home section.

3.  Plan your route to your Barclays Premier League stadium 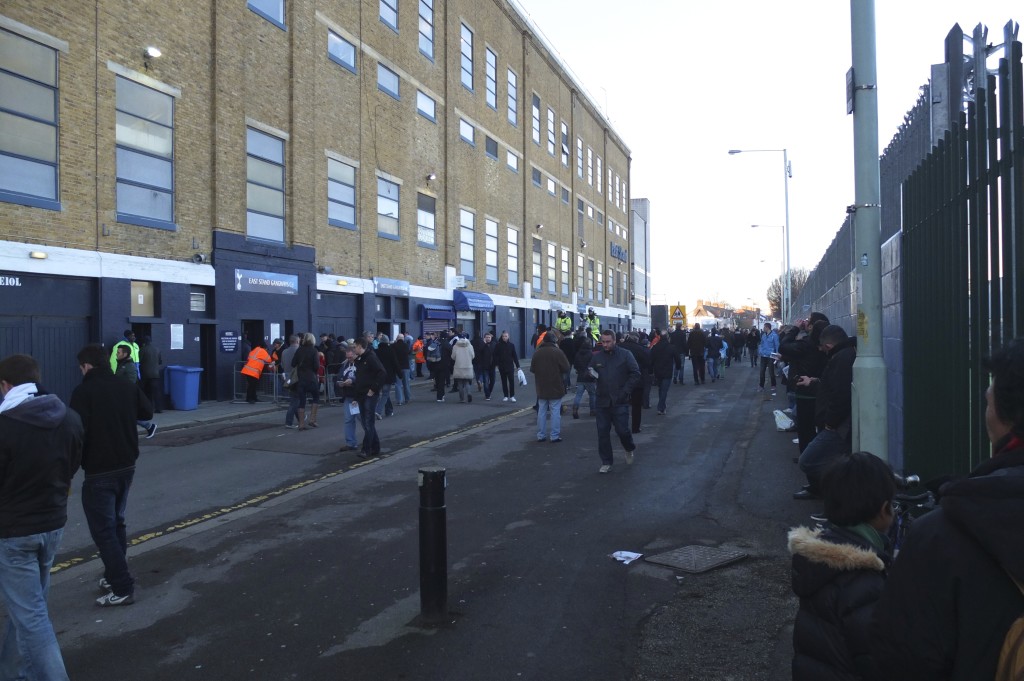 If you’re staying in central London, some stadiums  may only be a short tube ride away.

Other grounds may involve a few modes of transport, including buses, the overground and walking, so check out sites like HopStop for door to door directions and time estimates.

4.  Hit a pub by the stadium with the locals before the game 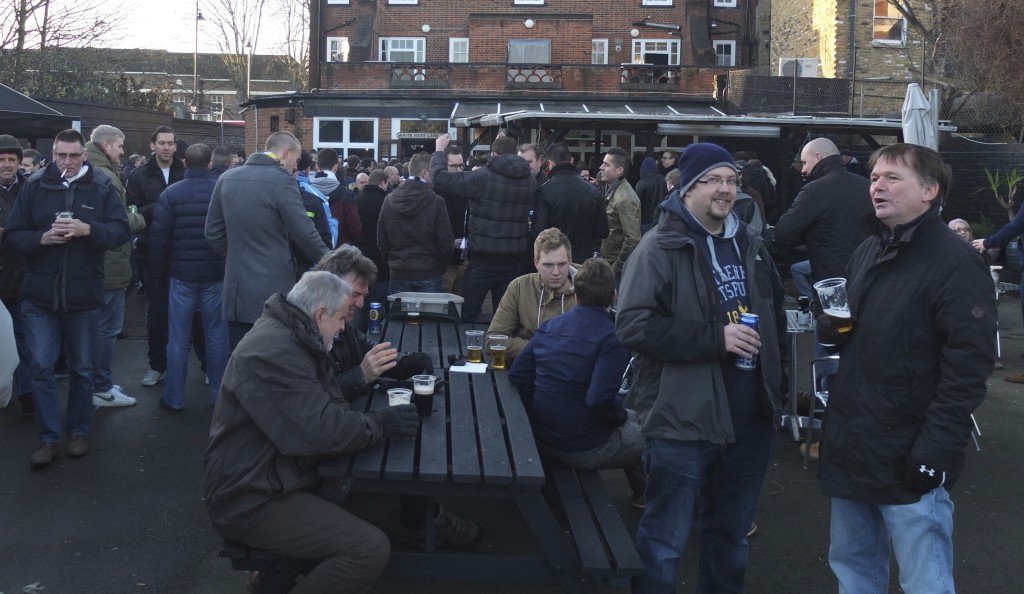 It can be fun to get revved up for a football match at a pub with other supporters near your club’s home stadium.  Most of the pubs near the grounds are segregated and will only allow in one club’s fans– entry is restricted to those with a home ticket or proof of club membership. There are usually signs outside the pubs (and a big doorman) to prevent the wrong club members from accidentally wandering in. 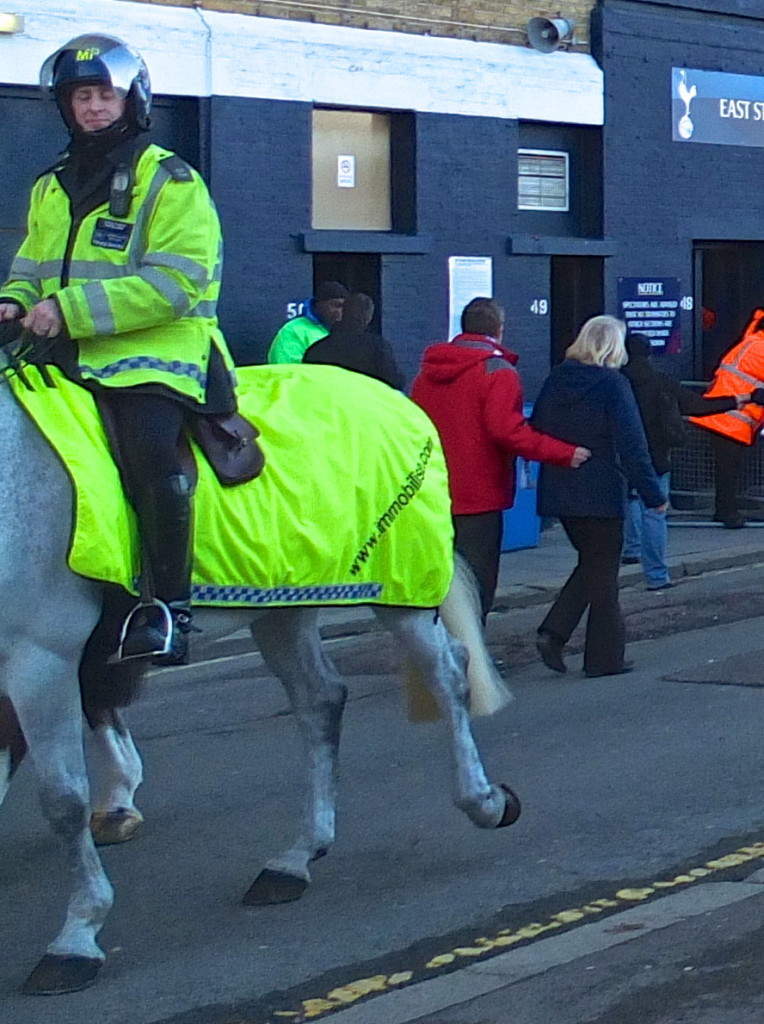 Don’t be deterred by a heavy police presence (often on horses, sometimes in riot gear). Matches are considered family friendly these days and the police are there “just in case”. 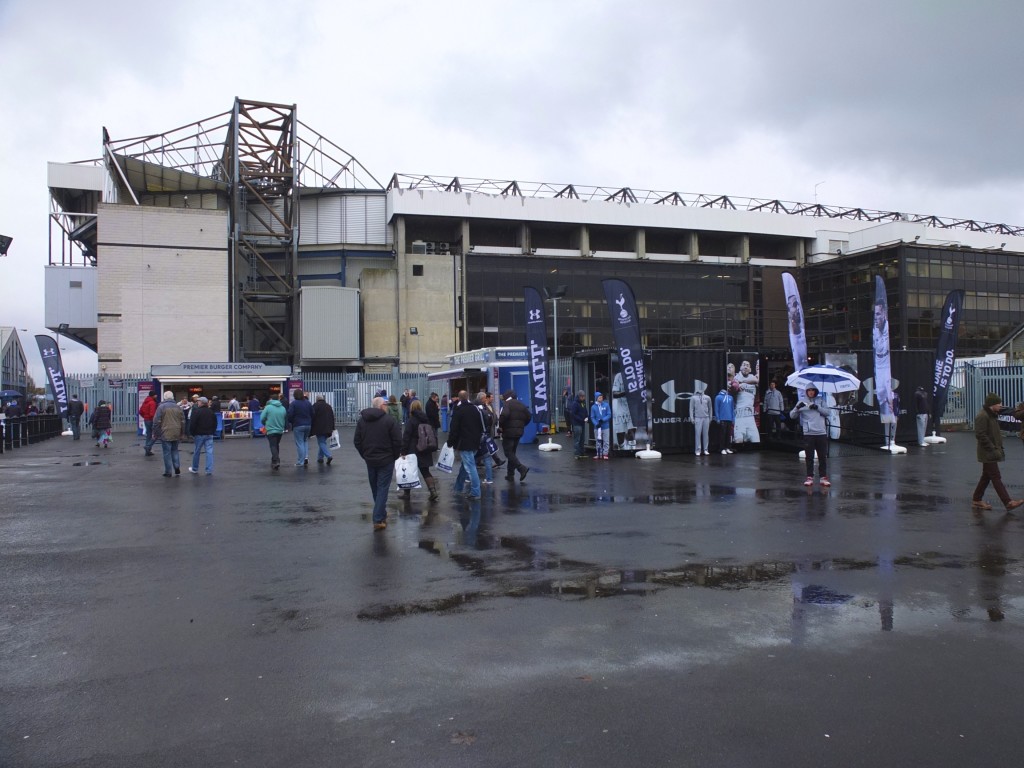 One of the stadium entrances at White Hart Lane, home of Tottenham.

If you’re an American, you may be familiar with NFL rules limiting large bags in stadiums. English football stadium rules don’t focus so much on bag size as on restricting specific items (especially any items that can be thrown at players). Some of the forbidden items include:

6. Tips for Getting the Most out of your Match Day Experience

I surveyed some Americans who have attended London matches as well as some local supporters for their tips on match day etiquette rules that may not be completely obvious to a first-timer. Here’s what they had to say: 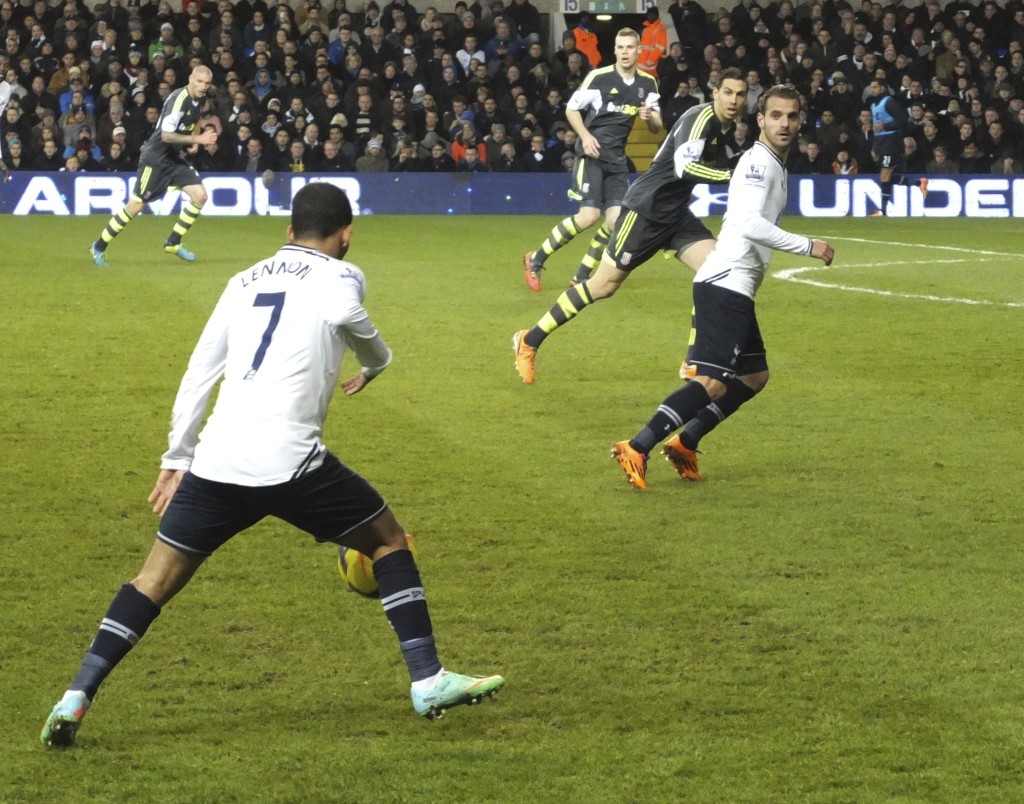 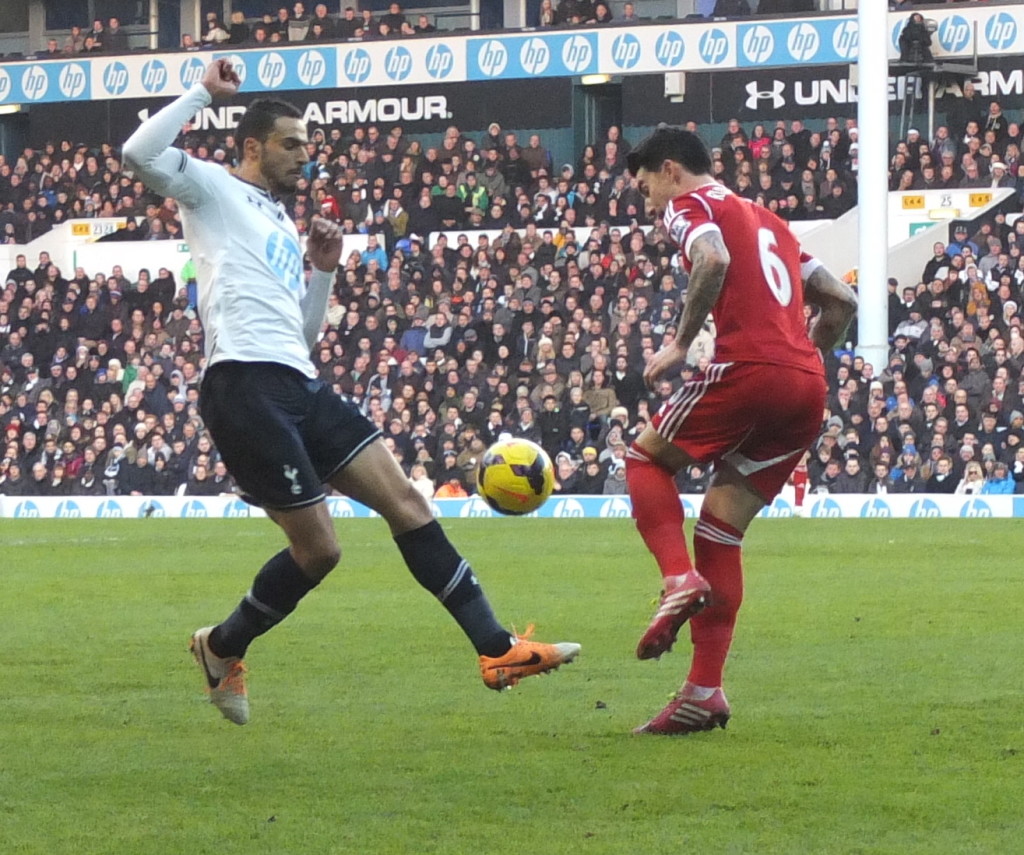 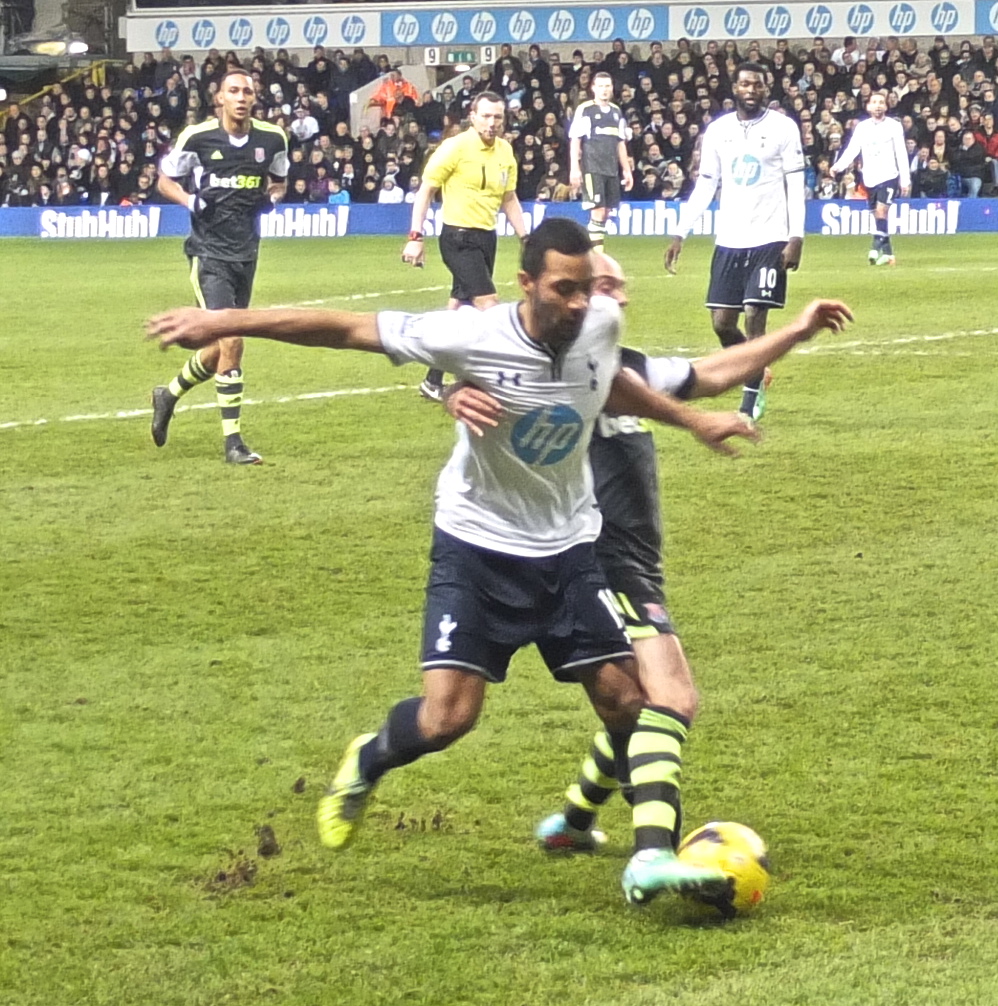 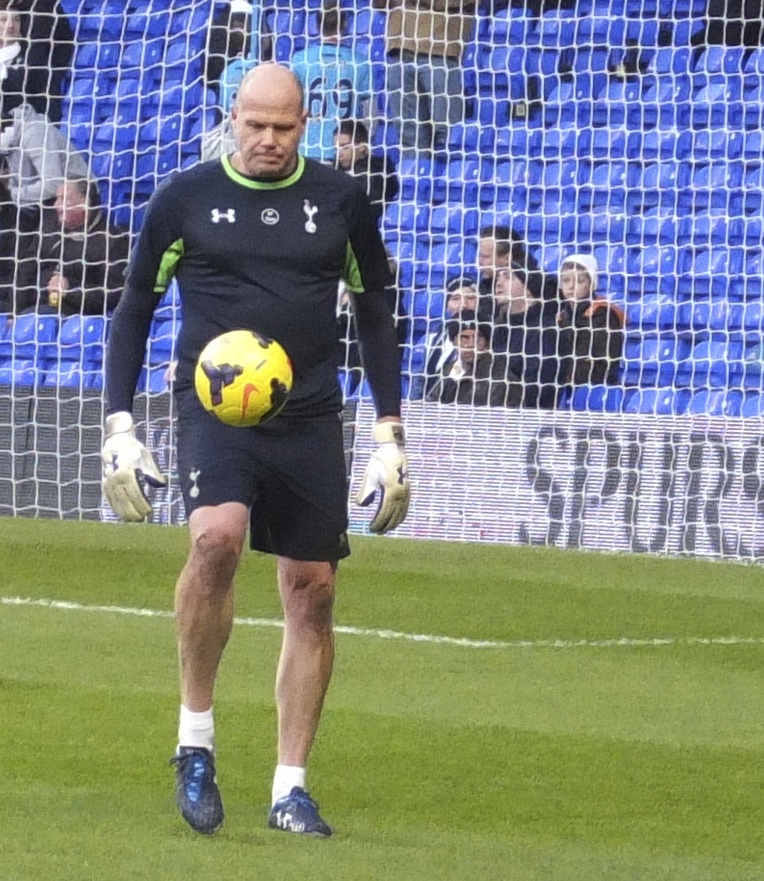 7. Show your club support by loading up on football souvenirs and wearing your kit proudly

While the storied tradition alone is reason enough to buy a football scarf, it also makes an ideal souvenir for purely practical reasons. When you’re sitting in the stands on a brisk day, with piles of layers hiding your favorite football shirt, you can still show off your club pride with your colorful scarf.

Even the club’s managers along the sidelines, smartly suited up, favor a colorful team scarf on match day. While there are no real rules about how to wear your football scarf, on game day you may want to drape over your shoulders so you can easily hold it up over your head at the match to show your support.

Not sure what Barclays Premier League Football Club to support? I asked some fans to show off their club’s shirts and kits tell us why you should consider supporting their favorite club.

Don’t see your club represented here? Send me a photo and I’ll add it to this post! 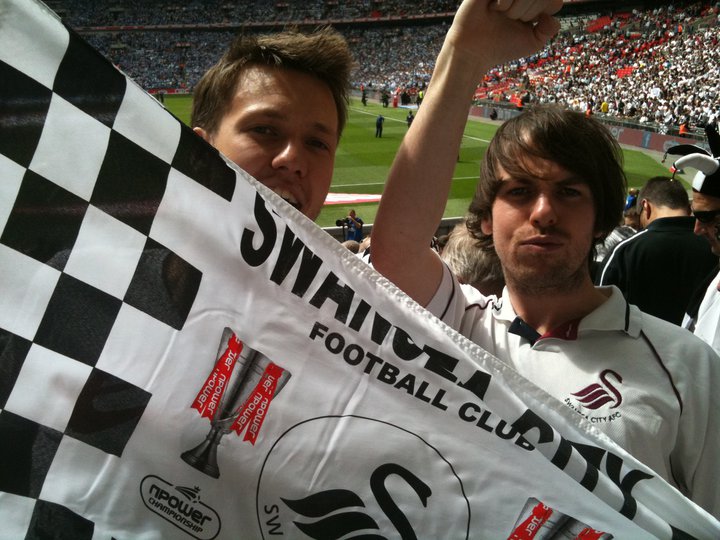 Adam wears his Swansea City shirt and waves a banner in support of his club.

If any club epitomises triumph over adversity, it’s Swansea City! In the last decade, the Swans have gone from almost being relegated to the semi professional leagues in 2003, to becoming the first Welsh team to reach the Premier League in 2011 and then winning the Carling Cup last season.

Unlike local rivals Cardiff who’ve been cringingly ‘rebranded’ by their millionaire Malaysian owner, it’s all been overseen by a group of Swansea fans that took over the club back in the dark days. And, if that isn’t enough reason be a Swansea City fan, don’t forget Swansea is the furthest west team in the league, so they’re every American’s ‘local’ Premier League club!

Tickets go on general sale for many home games – try and be in the Croeso Stand for the best atmosphere. 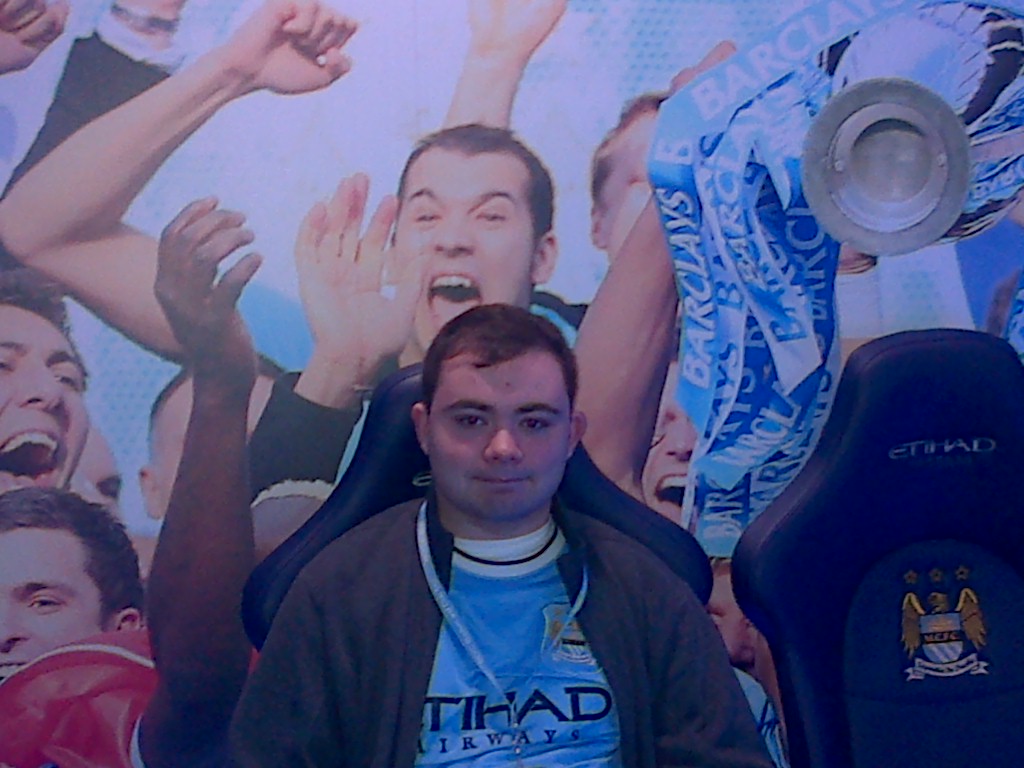 When asked why he supports Manchester City, Kyle simply responded, “the club chooses you.” 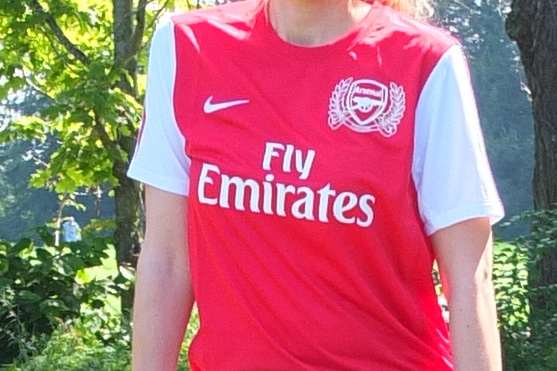 Arsenal (also known as the “Gunners”) is one of the most successful clubs in English football– which makes it difficult to get tickets to their matches, as they nearly always sell out. To gain a perspective on Arsenal fans, watch the excellent film Fever Pitch (the British version, NOT the American version), based on Nick Hornby’s book.

Tottenham Hotspurs (called “Tottenham” or “Spurs”– call them Hotspurs and you’ll give yourself away as American)– are known for their “attractive attacking football.” Motto: Audere est facere–  to dare is to do.

Have you checked out a Premier League match while visiting England? Do you have a favorite club? Tell us about in the comments below!

Thank you, I put a lot of work into it, glad it was helpful!

Bit late, but I just came across this article. A few points: Craven Cottage is in Fulham, not Hammersmith; the Emirates Stadium is located in north London (N7), not north west London; and it's Tottenham Hotspur, not Tottenham Hotspurs.

Thanks for corrections, much appreciated I'll make the edits! Hotspurs a typo egads!

What are your thoughts on bringing kids to a match. They are one and three.

We bought Crystal Palace v Fulham tickets (pre-season friendly for August 2) online no problem. 10 pounds for adults and one pound (one pound!) for kids. They even mailed the tix to us in Toronto for free (I indicated I would pick them up at the ticket office game day, but they went the extra mile). It should be fun - Fulham's home field (called Craven Cottage) is right on the Thames, and the word is that it is a family friendly atmosphere.

Jason- thanks for the info! Sounds like it will be a fun match, would love to hear how it went!