Just back from Germany, our guest authors Lance and Laura from Travel Addicts share one of their favorite souvenirs.

Many visitors to Nuremberg, Germany search out cuckoo clocks, wooden toys and Christmas decorations as the typical souvenirs from this medieval city. However, the most authentic souvenir from Nuremberg is actually the humble pencil.  Nuremberg is the “Pencil Capital of the World.”

A History of Pencils in Nuremberg

Students and artists around the world know Nuremberg’s two famous companies:  Faber-Castell and Staedtler.  Pencils in the middle ages were essentially a piece of graphite wrapped in cloth to keep the writer’s hands clean.  While useful, this was not completely practical…and not very aesthetically appealing.

In the 1700s, a surface deposit of graphite was discovered in Northern England.  The graphite was extracted from the earth and then fitted with a special tip.  These “black lead” pencils became the rage throughout Europe and were traded widely.  Given Nuremberg’s role as a trading outpost, the black lead pencils soon became fashionable here during the Renaissance.

During the 17th century in Germany, miners began extracting subterranean graphite.  The German graphite was more brittle than the English version.  However, German engineers and chemists discovered they could crush the graphite, mix it with other substances, and create a composite which was actually stronger than traditional graphite.  Pencil makers in Germany began encasing this lead composite in two pieces of wood, which was bound together with glue and string.  The resulting pencil looked something like a carpenter’s pencil of today and the wood kept the writers hands clean.  These German pencils were a bit cumbersome, but very useful and were easy to transport.

Given its proximity to these graphite mines, the people in Nuremberg began to manufacture pencils.  As individuals began to form companies, they were also located in Nuremberg, Germany.  Records show the name Staedtler involved in pencil manufacturing as far back as 1662 with Friedrich Staedtler.  His ancestor Johann Sebastian Staedtler received official city permission to produce black lead pencils on October 3, 1835.  By 1866, Staedtler was producing over 2.1 million pencils per year in this city.  Today, Staedtler is one of the world’s leading manufacturers of pencils and employs more than 1,300 people in Nuremberg.

The other company in Nuremberg is Faber-Castell.  The company traces its roots to a cabinet-maker named Kaspar Faber, who produced pencils in his spare time.  Kaspar’s son, Anton Faber developed the enterprise into a flourishing company and established heavy manufacturing in Stein, Germany (a suburb of Nuremberg). In subsequent years, the son and grandson of Anton Faber looked internationally for inspiration (chemical processes from France and new deposits of graphite in Russia), while continuing to call Nuremberg home.  In fact, both Staedtler and Faber-Castell continue to be based in the region. 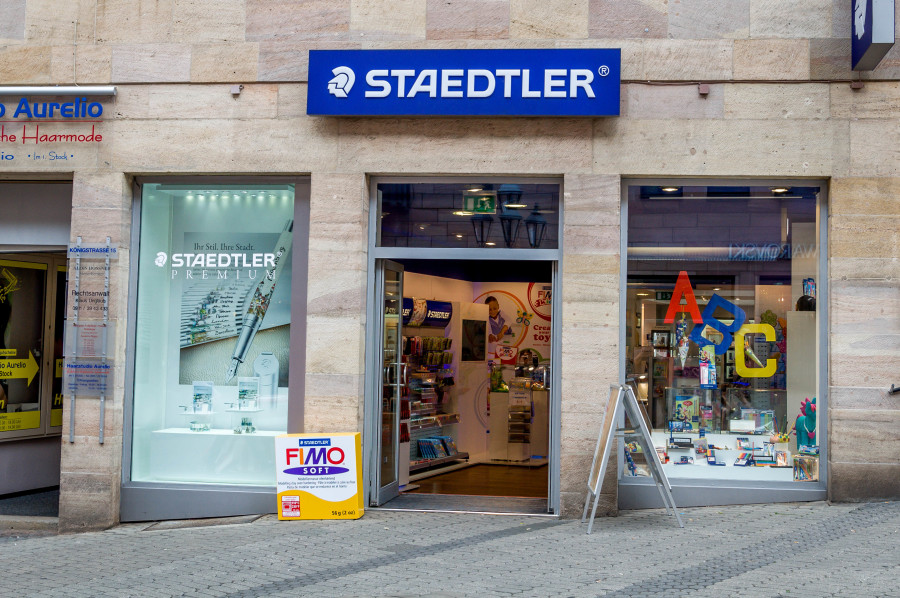 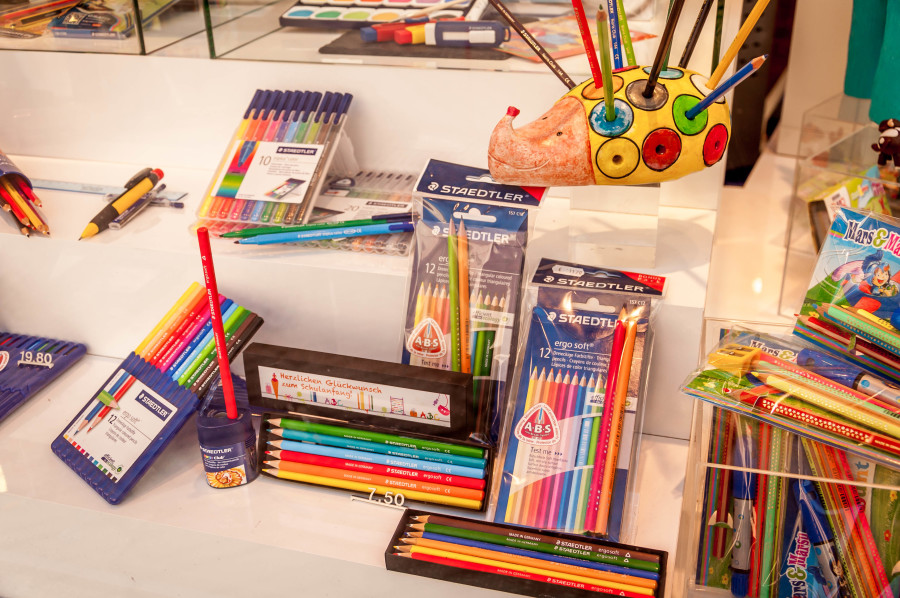 In Nuremberg today, on the famous “King’s Way” (Koenigstrasse), the Staedtler company has a store selling their wares.  You can buy anything from a single pencil for €0.30 to elaborate color pencil sets for over €100 (the company also sells other fancy writing implements that can go for more than €1,000).  But the classic souvenir is a build-your-own pencil set.  It contains a graphite  rod, a set of wooden-pencil casings, glue, string and an authentic seal.  With this kit, you can write like its 1780 with your authentic wooden pencil.  This is the classic Nuremberg souvenir.  In fact, during the famous Nuremberg Christmas Market, they also have live pencil making demonstrations of these exact pencils.

To read more about Travel Addicts’ travels in Germany, check out their latest post featuring the Year of the Cranach.

Visit the Pencil Capital of the World and pick up your wooden pencil from Nuremberg!

Souvenir Finder Shopping Details:
What to Buy: Pencils, in every color and variety imaginable. Or pick up a DIY kit and make your own.
Where to Get it: Head to Staedtler’s flagship store on King’s Way in Nuremberg for the largest selection.
What to Know: Nuremberg has a compact city center and is easily walkable.  Nuremberg is famous for its small roast bratwurst that come three in a role.  The Bratwursthäusle just below the castle has been serving them for hundreds of years.
About our Guest Authors, Laura and Lance 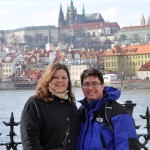 Working a 50-hour-per-week corporate desk job with only three weeks of vacation per year doesn’t mean you can’t see the world. Since 2008, Laura and Lance Longwell have been showing readers of Travel Addicts how to see the world on a limited vacation allotment. Their motto is, “working to support our habit.” Lance and Laura blend relaxation and comfort with luxury and adventure into their own spirited travel style. You’ll find them shopping in the markets of Africa, the souks of the Middle East and the narrow streets of Europe. You can follow Laura and Lance on Facebook, Twitter, Instagram and Pinterest. 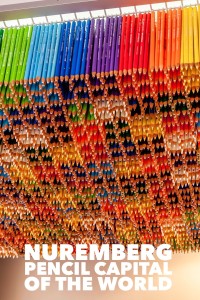 Souvenir Finder's guest posts are written by destination experts, travel bloggers and photographers from around the globe.
View all posts by Guest Post →
Finding Pirate Booty from a Sunken Ship: Swedish Souvenirs from the Vasa Museum
Scandinavia in New York: $10 Lattes and Nordic Design at Budin

2 Responses to Nuremberg’s Most Typical Souvenir is Leaded