The ‘Stans are an amazing region for travelers, with nature and history and adventure and even a few worthwhile cities. In short, somewhere in Central Asia is an experience that appeals to every interest. One of the places it comes up a bit short, though, is on the souvenir side!

Aside from felt rugs in Kyrgyzstan, suzani rugs in Uzbekistan, or bottles and bottles of vodka there just isn’t a whole lot to choose from. The one exception to that rule, though, for those thinking of something a little different from traditional souvenirs: sweet hats. Most of the cultures of Central Asia have their own unique conventions for mens’ headwear, and picking up a variety of these along the way makes for an unusual collection to take back home. 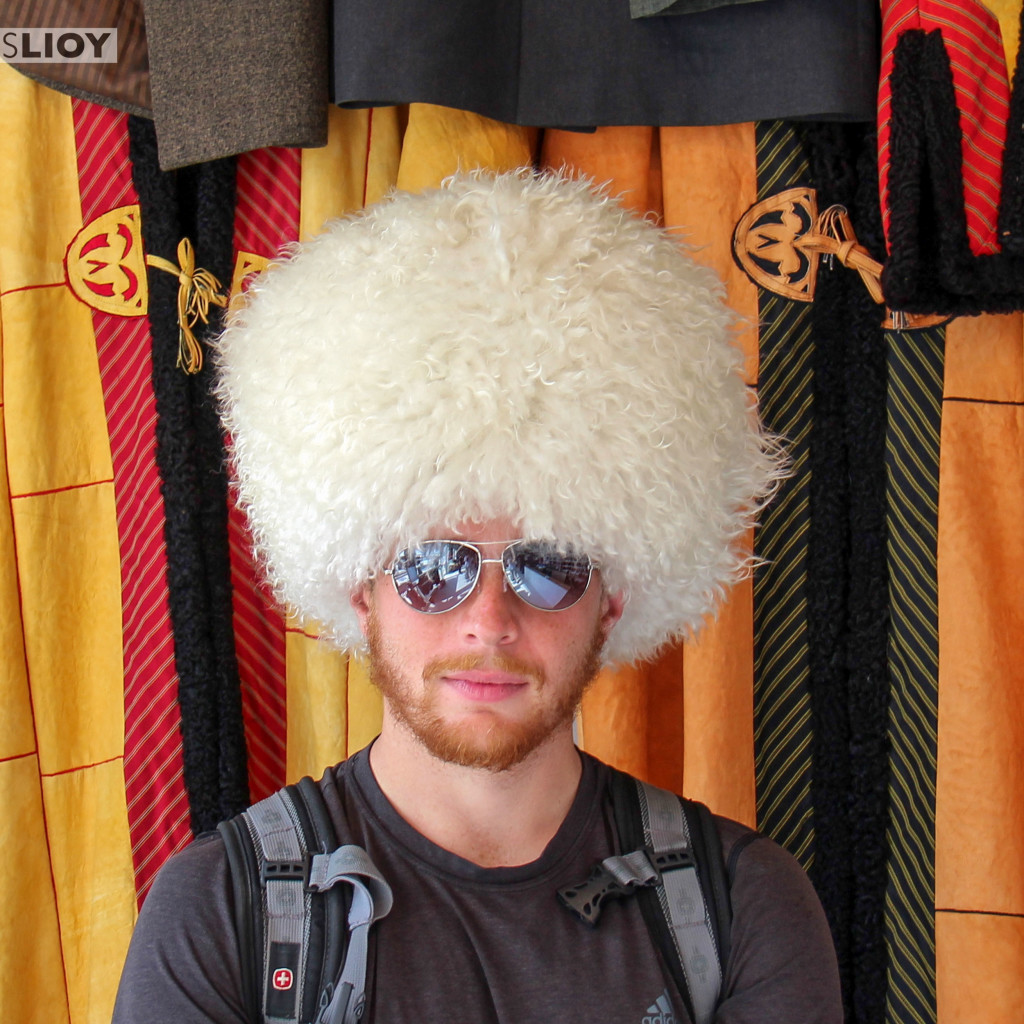 Some of these traditional hats are a bit over the top, such as the Telpek from Turkmenistan. Though the white version I’m modeling here at the gigantic Tolkuchka Bazaar outside the capital city looks particular dashing, it would generally be a special occasion kind of hat. For everyday wear, look for a dark brown or black. 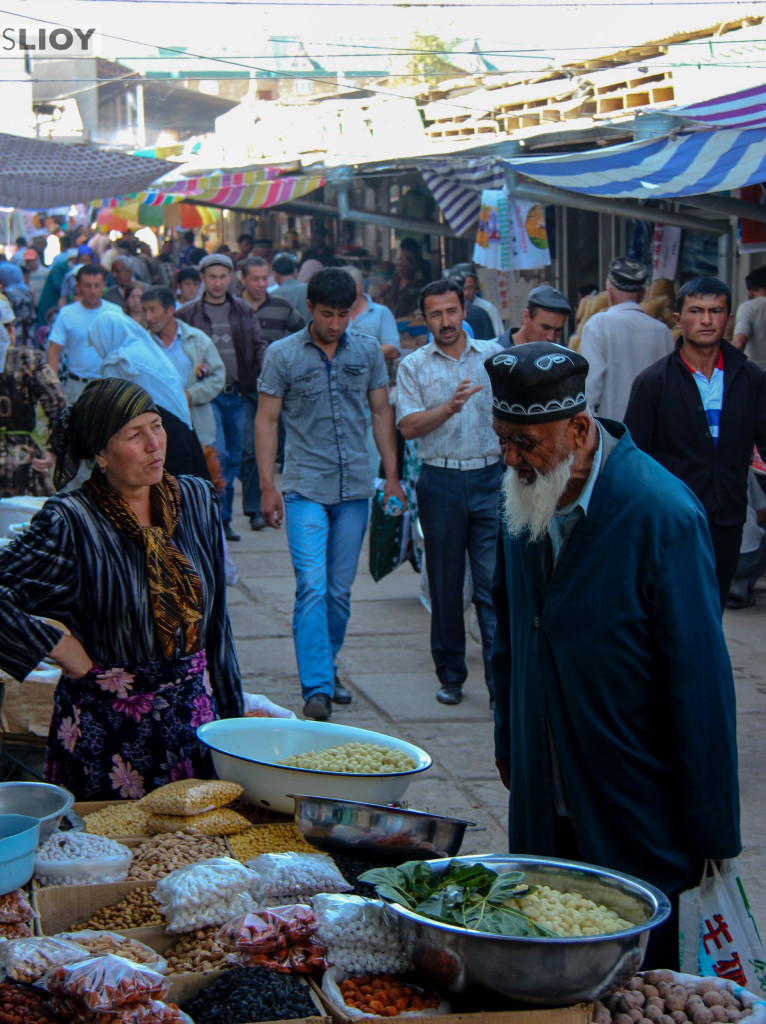 A bit further north, in Uzbekistan, the Doppilar is more of an everyday and all the time kind of hat. When you start shopping for this hat in the markets of Uzbekistan, know that you can buy them in any color you want so long as it is black. Luckily most Doppis are heavily embroidered with intricate patterns, so you should still be able to find something with style! The most convenient place to buy this for travelers will be in Samarkand at the central Siob Bazaar just north of the Bibi-Khanym Mosque. 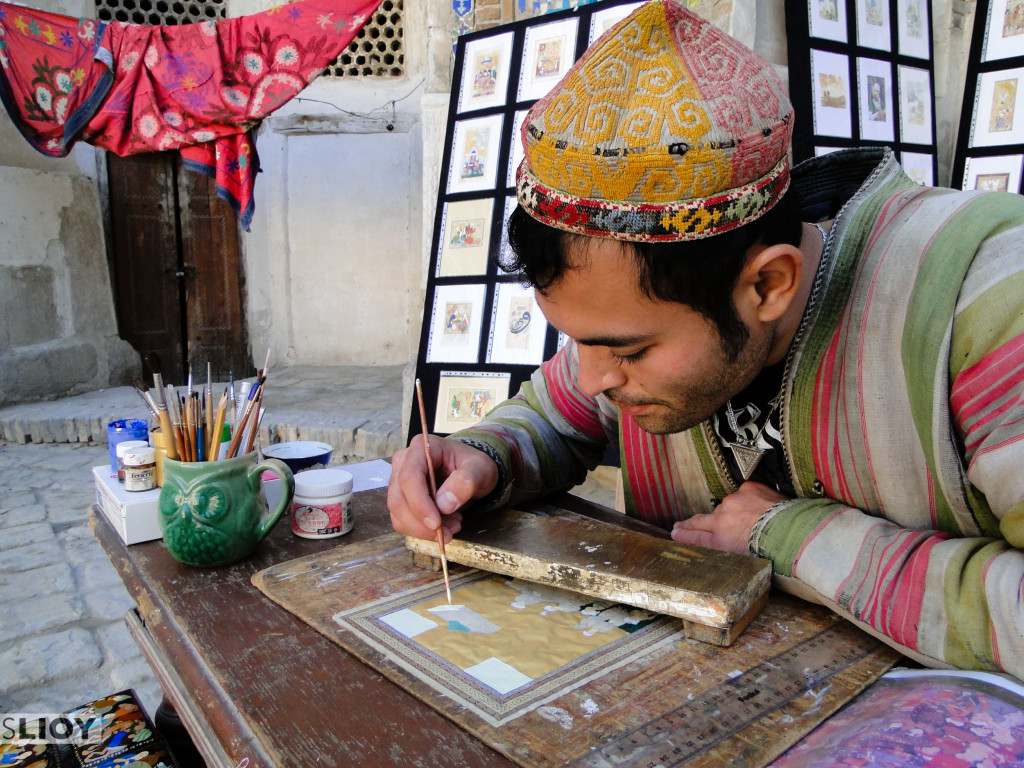 Across the border from Uzbekistan we find a similar skullcap in Tajikistan. Called here the Toki-Kallapush, the Tajik version incorporates symbols of Persian and Zoroastrian culture, with which the country has ancient connections.  Styles and colors differ much more widely here than in most of the region, which makes it a bit harder to pick the Tajiks out of a crowd of Central Asians but opens up a lot more options for the hat collecting traveler! Spend some time shopping at the Bazaar in Khorog to find what you want. You’ll have to catch a ride to or from here at some point anyways, so spend the time waiting looking for the perfect hat. 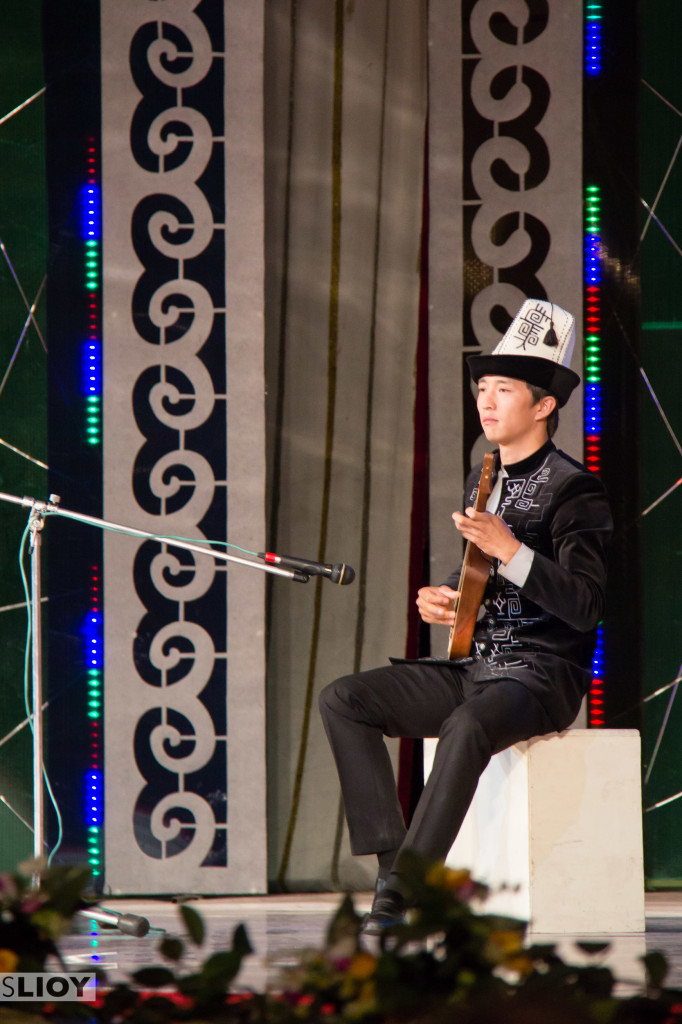 The Kyrgyz Kalpak, my personal favorite, is also one of the most distinctive. With a raised peak and splayed bottom flaps, the kalpak is just as good at keeping off rain and sun as it is making sure you stand out in a crowd (well… a crowd anywhere outside of Kyrgyzstan). You can buy these at Osh Bazaar or at the bazaar in Osh (I know, I know), but do yourself a favor and make the ride out to Dordoi Bazaar. Wandering through here gives you a good idea of the importance of the re-export trade in Kyrgyzstan, and you’ll likely get better prices than anywhere else.

Trying to find good souvenirs in Kyrgyzstan before my last trip back to the US, I proudly present a nice new kalpak to my young cousin as a Christmas present. Somehow, the look on his face said to me that it doesn’t have the same panache in Houston that it does in Bishkek! 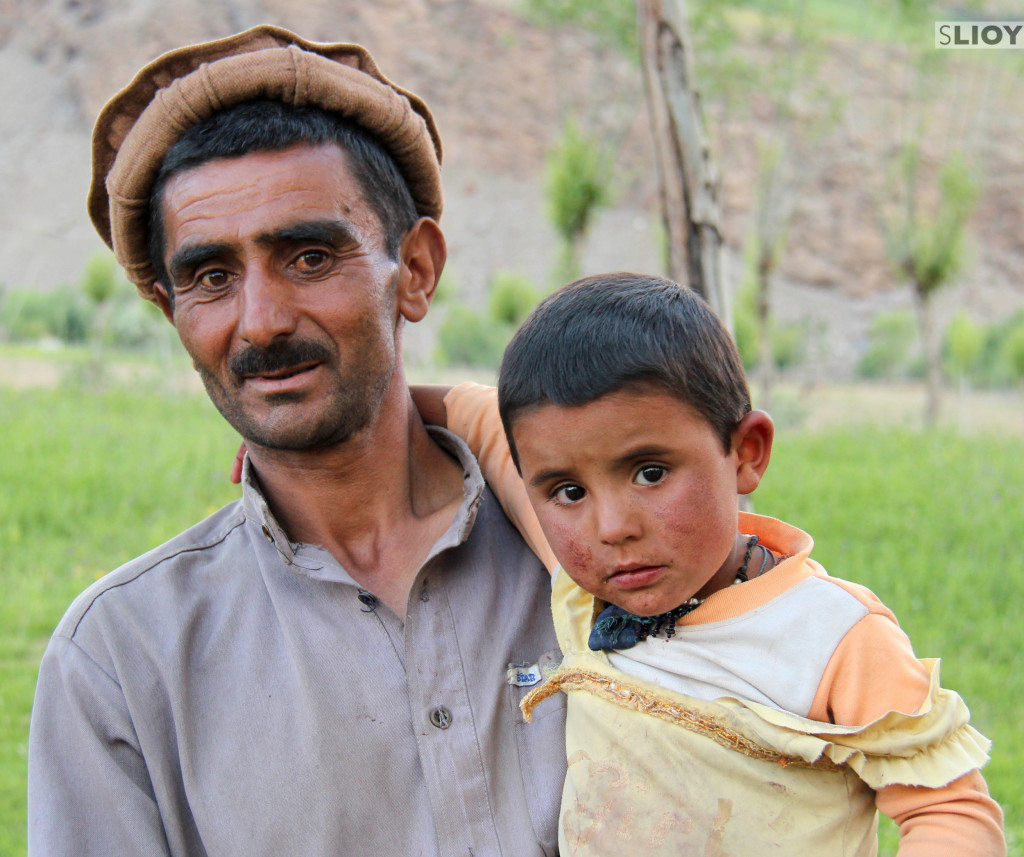 Finally, we have Greg Mortenson’s favorite: the Pakol. Traditionally a Pashtun hat, the fashion has spread across Afghanistan. The war in Afghanistan has given them a bit of a negative connotation in the West, so be selective about where you wear this one once you get back home! If you decide not to go to Afghanistan during your Central Asia shopping trip, the next best place to pick one up is at the Khorog and Ishkashim border markets in Tajikistan.

Have you been to any of the ‘Stans or have another favorite hat? Share in the comments below!

—–
Stephen Lioy is a photographer and travel blogger from the US who currently spends most of his time in Central Asia. He can often be found hiking in the mountains or Kyrgyzstan or dining at overpriced restaurants across the border in Kazakhstan, and he encourages you to bargain while shopping for any sort of souvenir headwear. Follow Stephen on Google+ and Twitter.

All Photos Copyright 2014 by Stephen Lioy.

Wow, I had no idea how many hats there were in this region. I love all the different patterns on them.

Indeed, one of the many excellent things about Central Asia.

I'm going for the first one. One of the key things is how do I get it home? Looks like it wouldn't mind the ravages of carry on luggage and certainly in Canada it would have a practical use many months of the year!

That is an excellent question Sue! Would you have to wear it to the airport I wonder? Stephen-- if you're reading this, please enlighten us!

I like the first one and the fourth one! However, Paul would refuse to wear any of them since he is rather shy (^-^;) For me, I would definitely go for the first fur hat. It looks so glamorous!

I like the first one too-- I think it would be good for a ski bunny look like in a Bond film!