As the mercury dips and the US experiences a polar vortex, how do you dress warmly without looking like you’re about to hit the ski slopes?

For some cold weather style inspiration, look to a city that is no stranger to bitter winters– Vienna, Austria.  While other European cities have slowly replaced all their local craftsmen with high street retailers, Vienna has managed to forsake passing fads and hold onto its bespoke men’s stores.

This commitment to tradition is evident on the streets of Vienna– where even a casually dressed man will look just a little more pulled together than some of his European counterparts.

One of the things I loved about Viennese men was how they wore their hats: 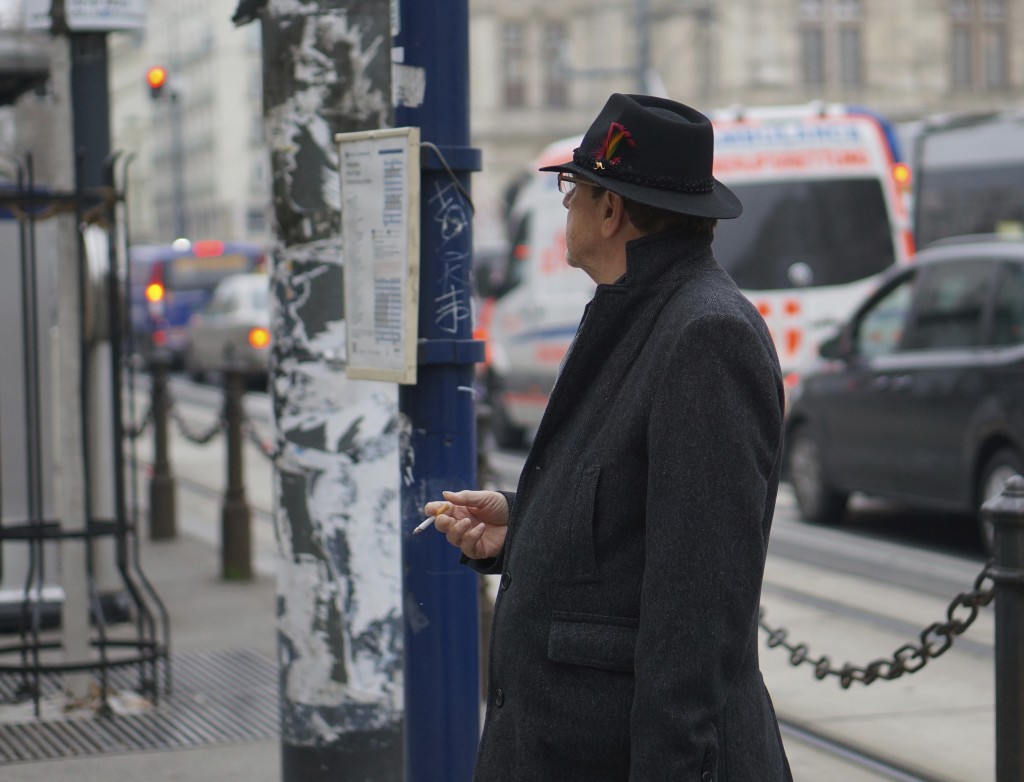 Men of all ages wear Tyrolean hats like this. 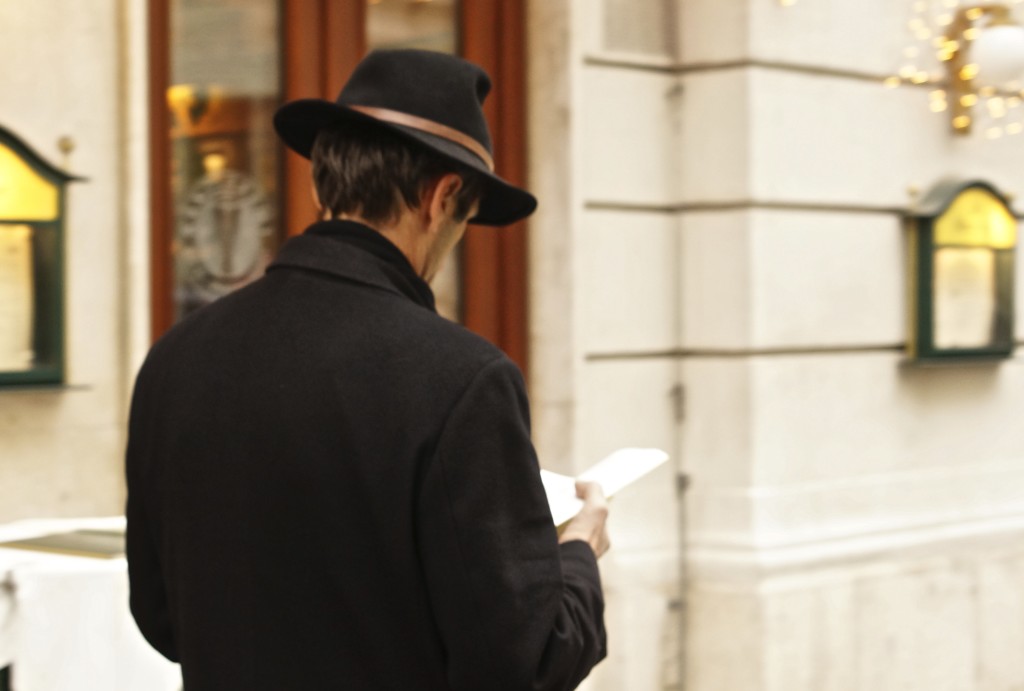 The hat wearing Viennese men were better mannered too– I rarely saw anyone texting on the street. The worst “offender” I found was this guy who was reading as he was walking. 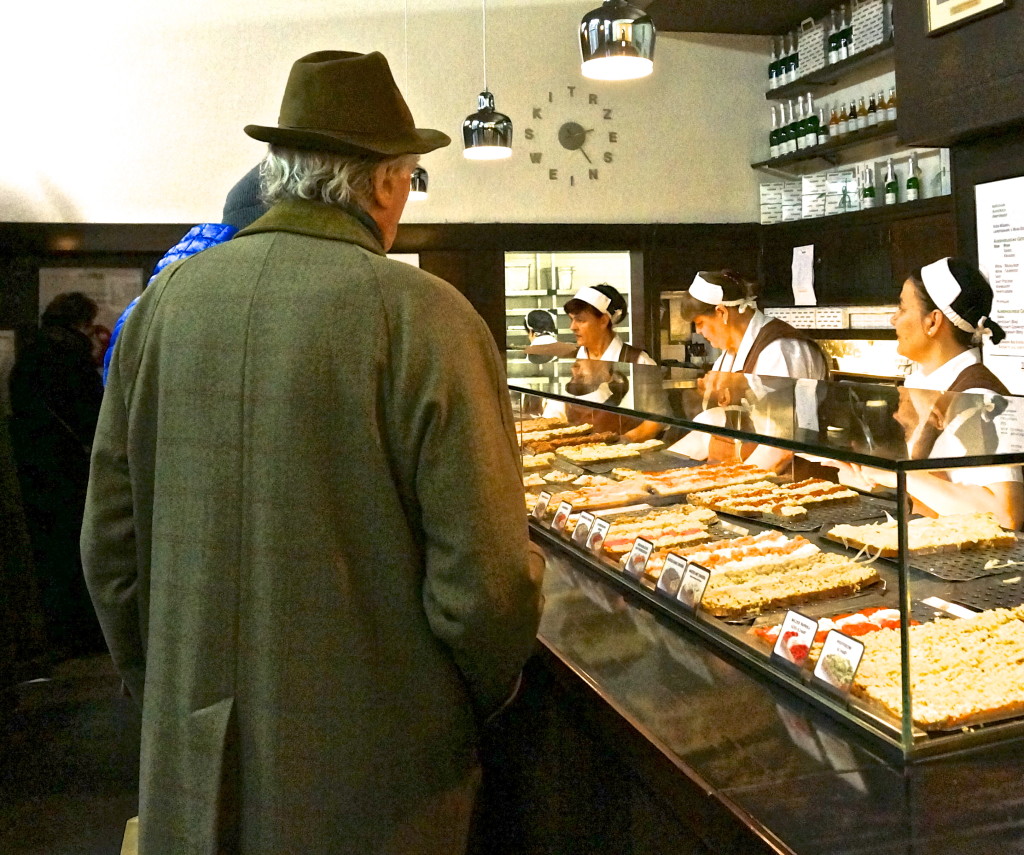 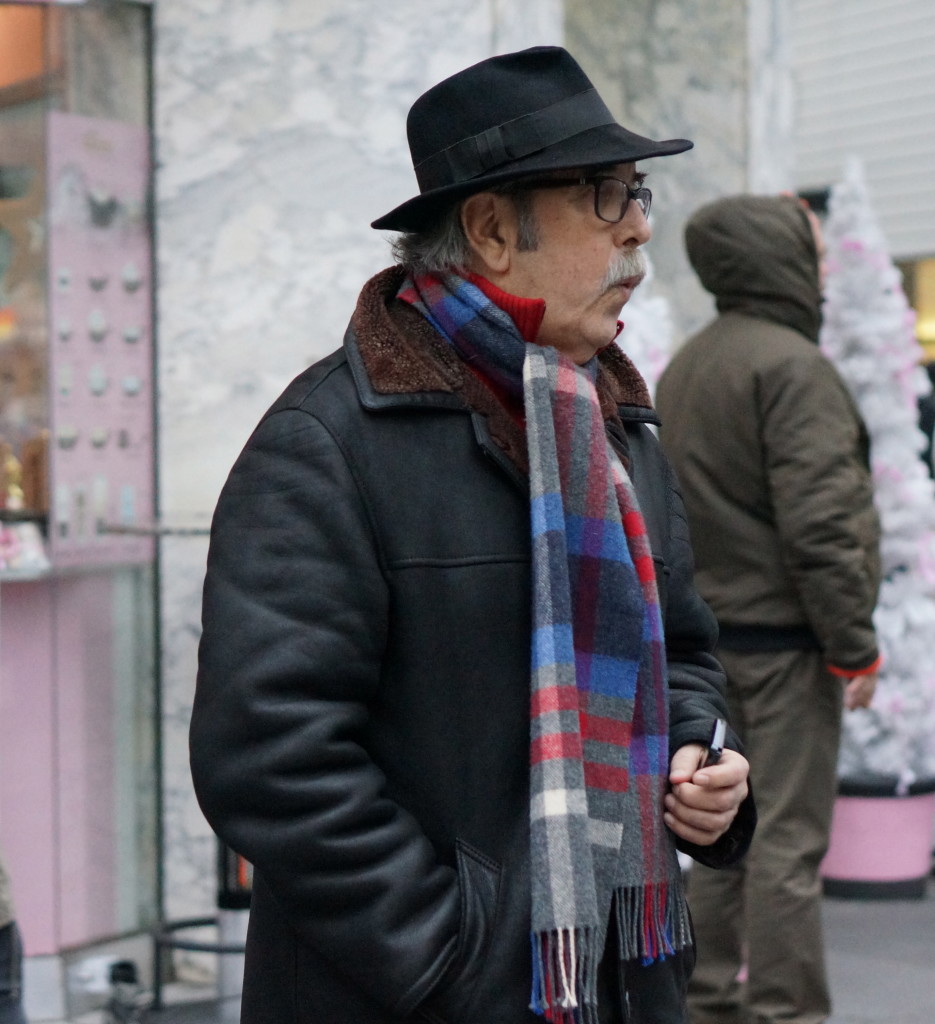 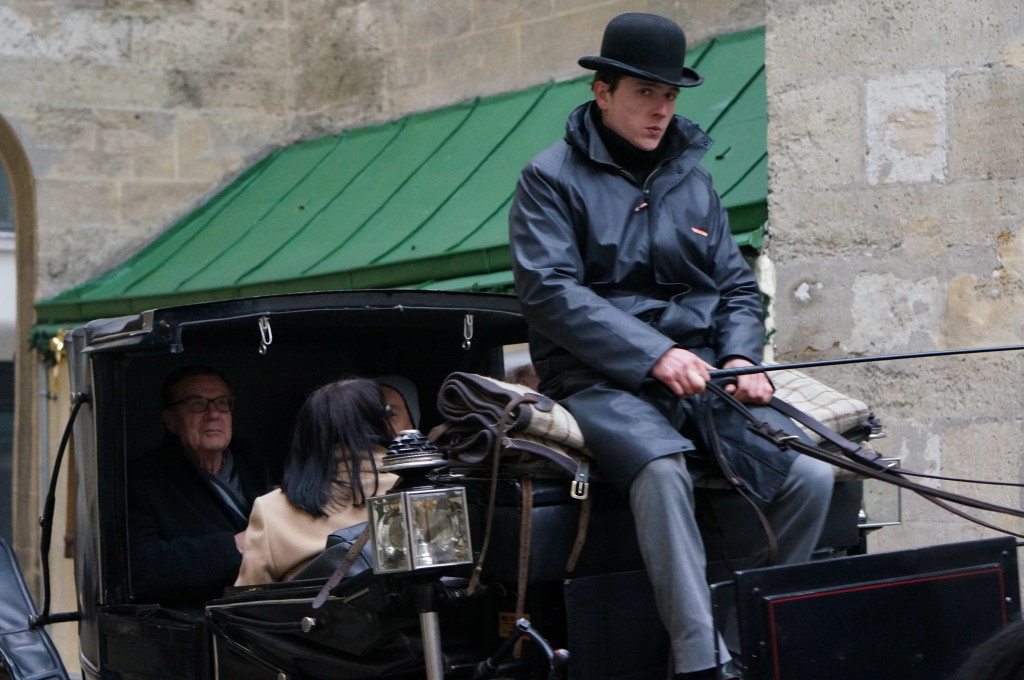 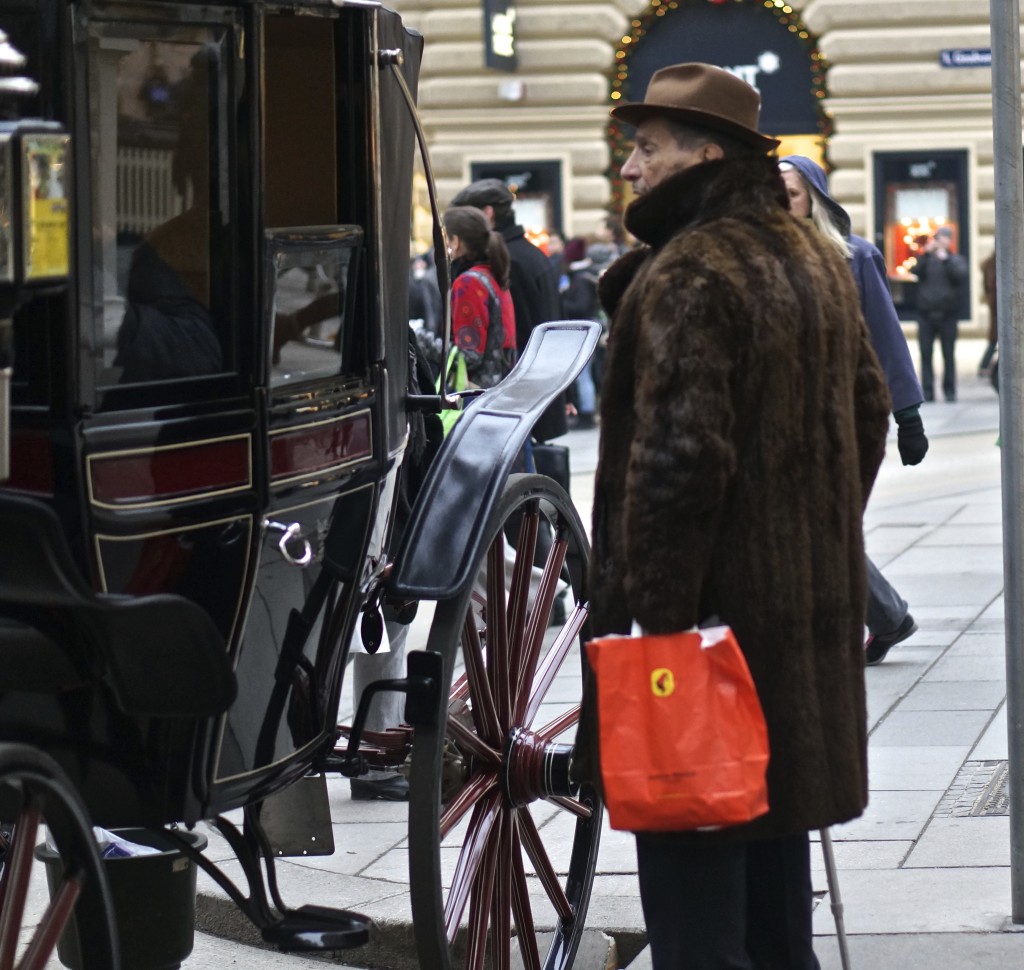 Viennese men are fortunate that they have so many great men’s stores to choose from, some with a long history of bespoke tradition: 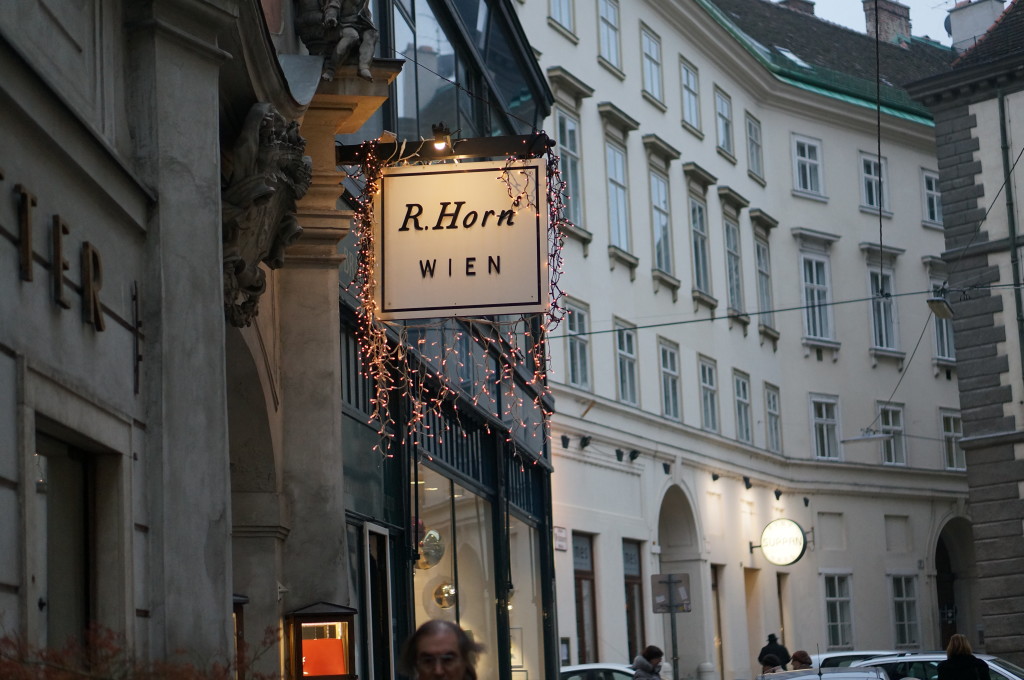 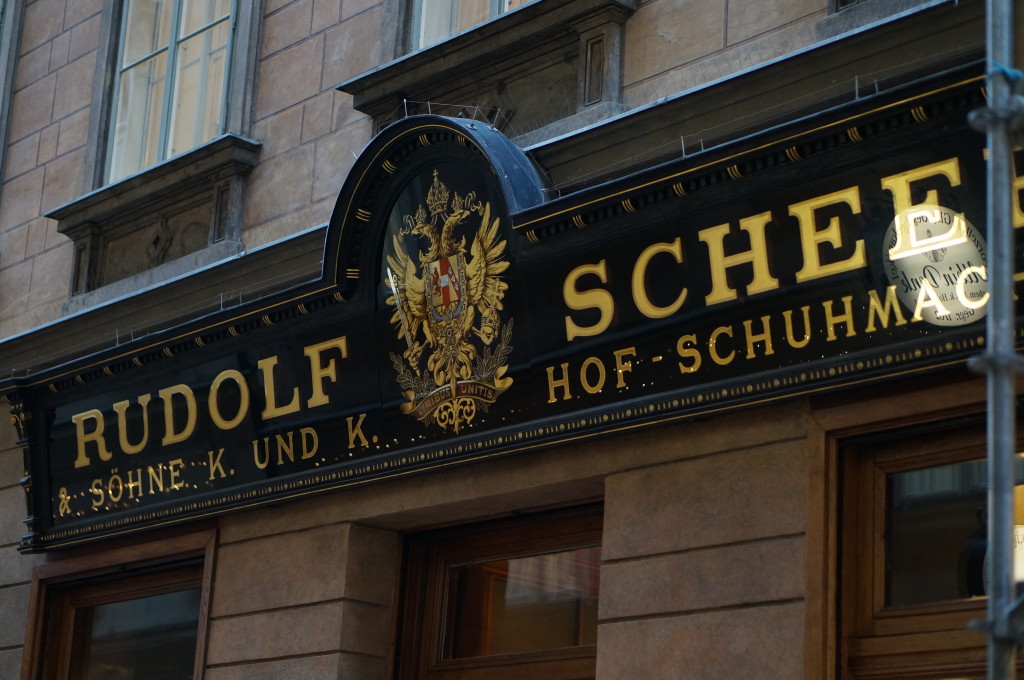 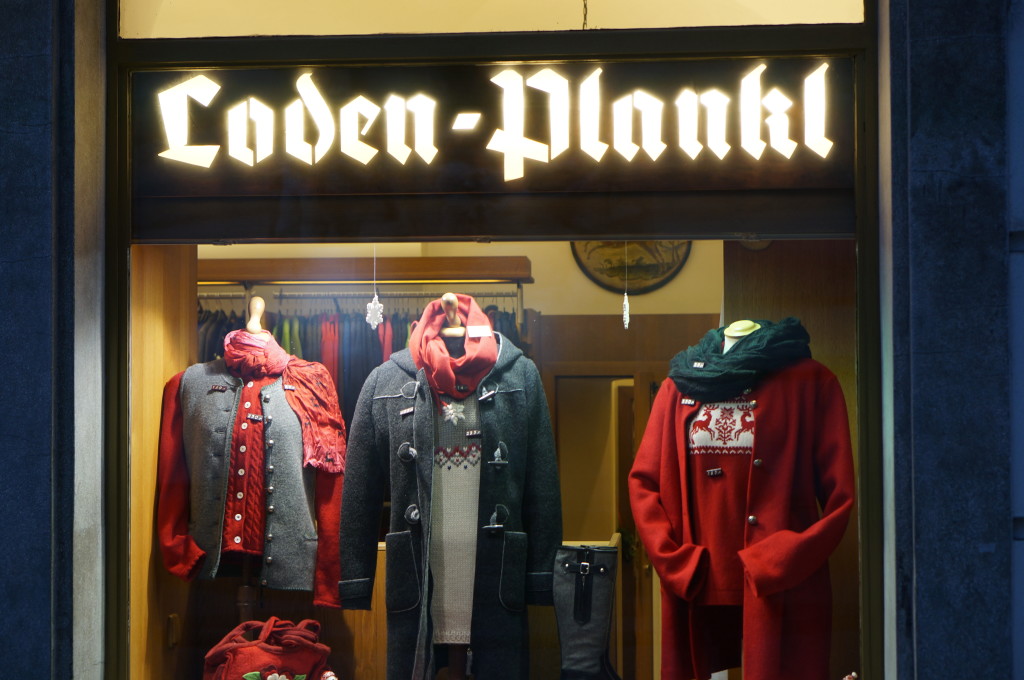 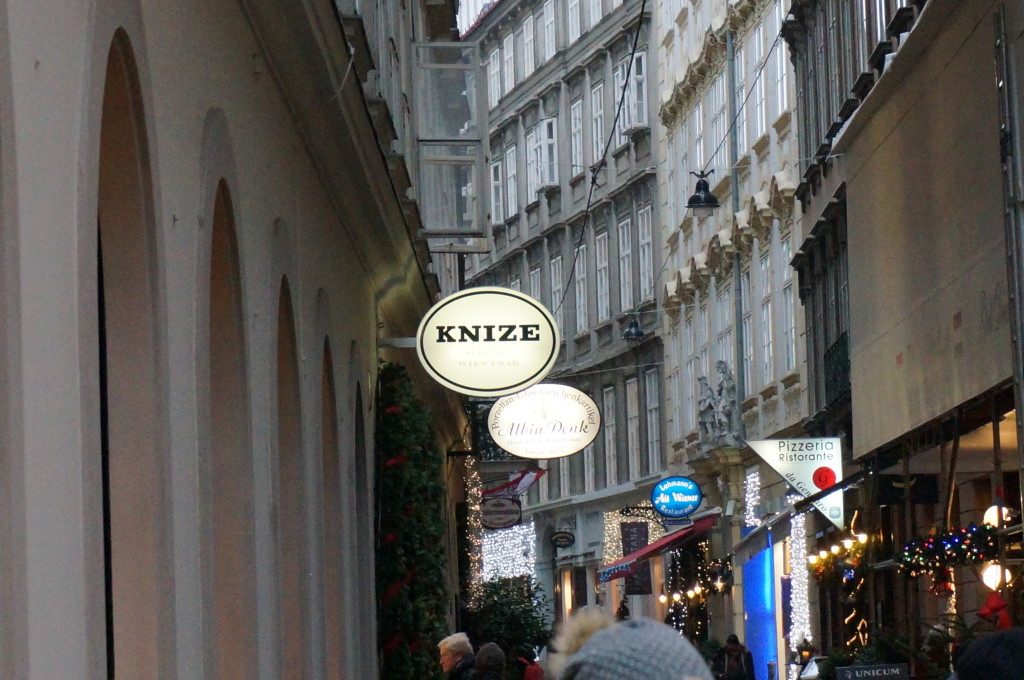 Knize, a one time outfitter of the archdukes in the Hapsburg dynasty. 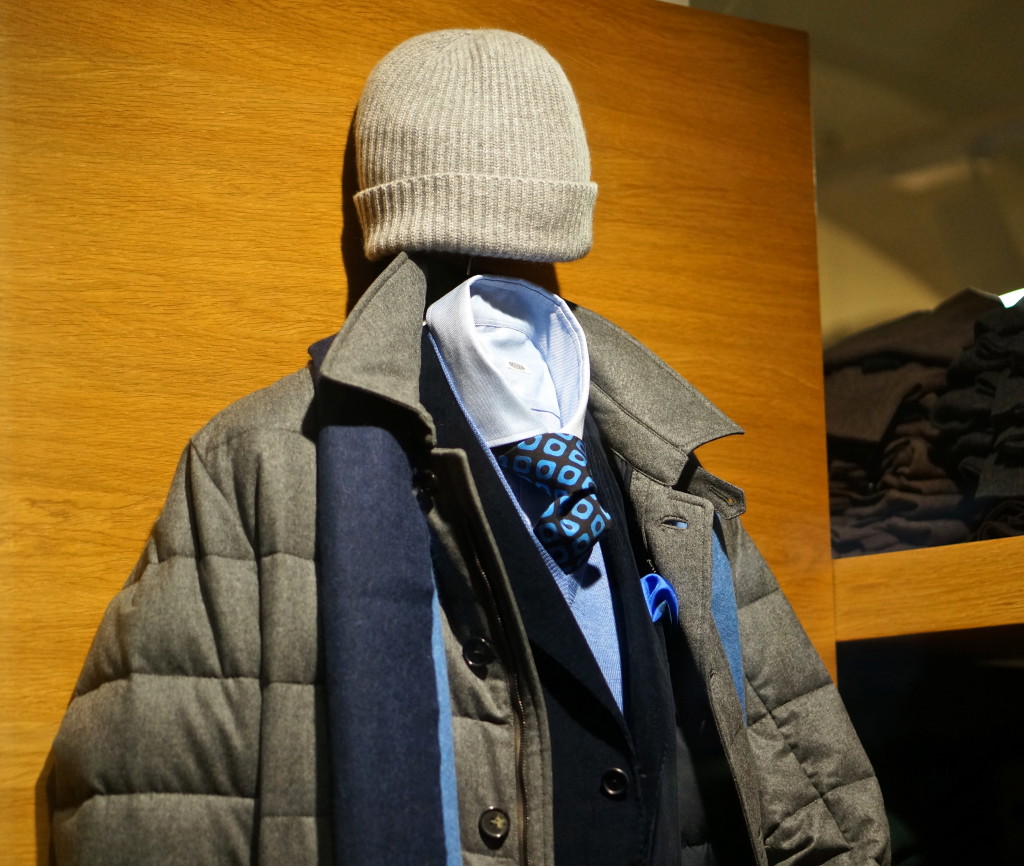 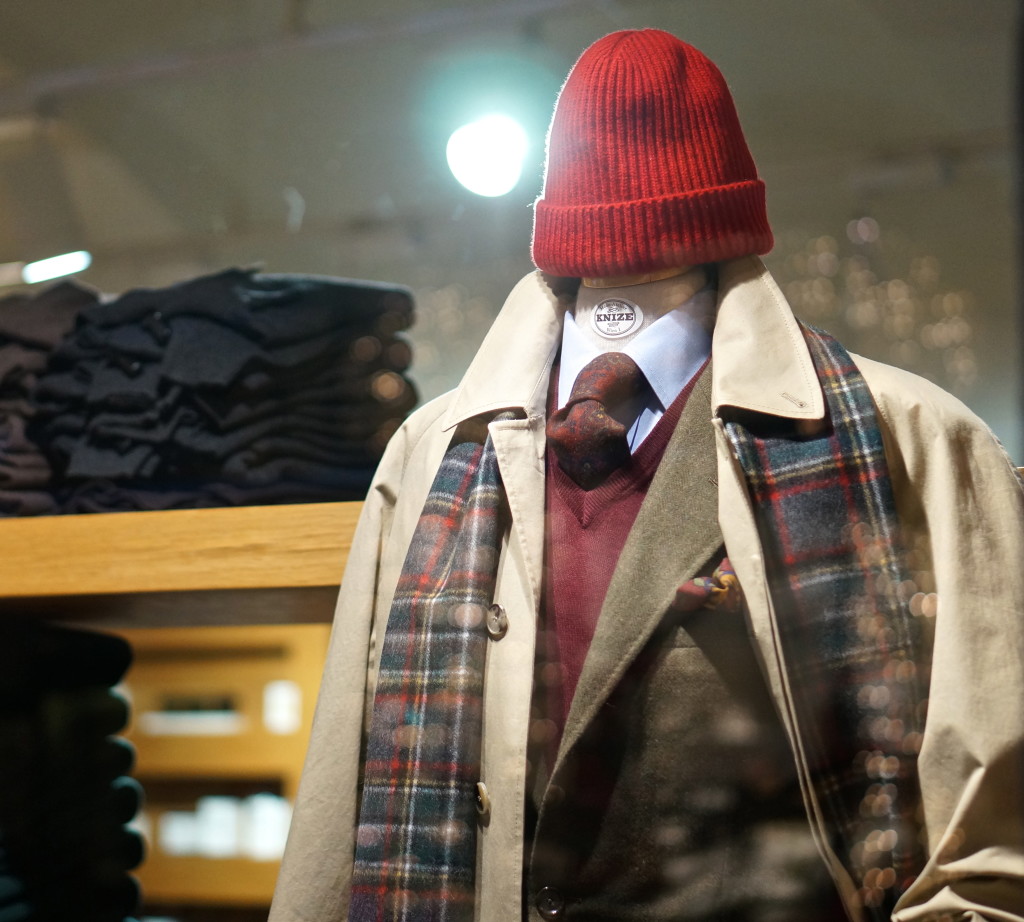 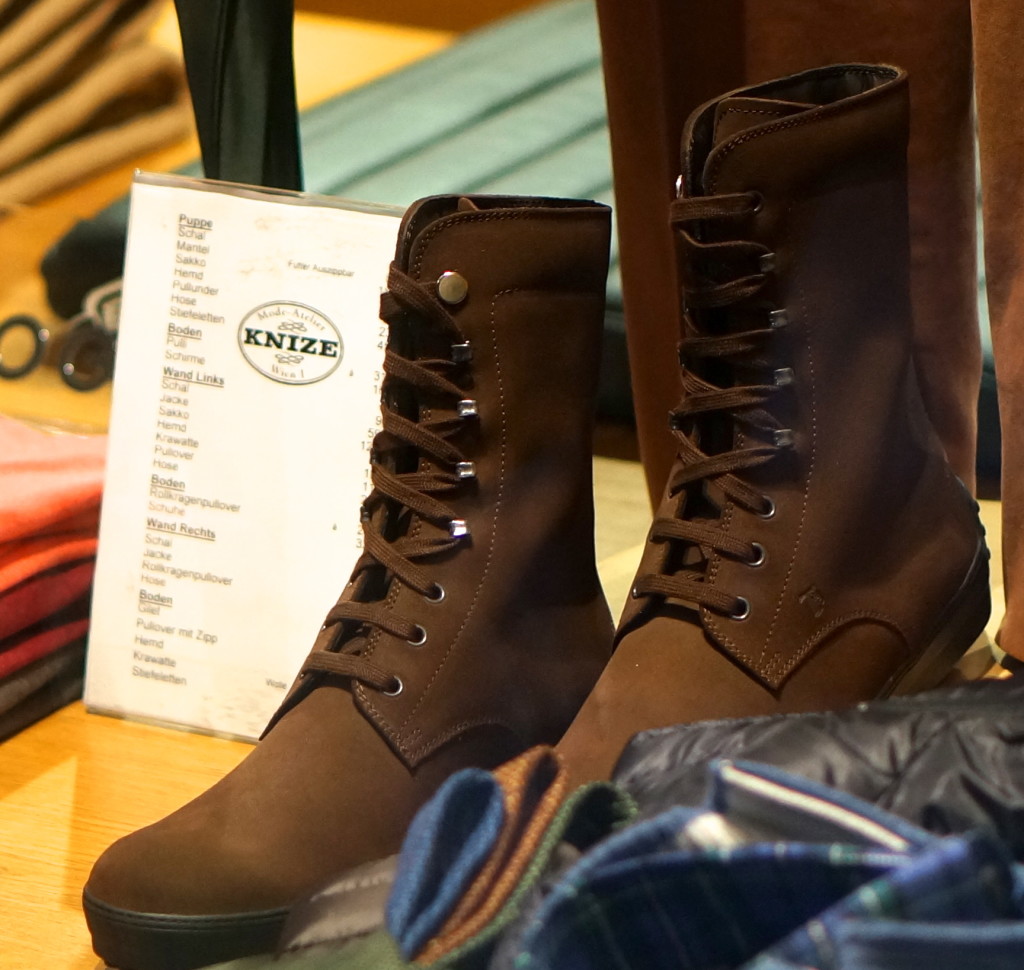 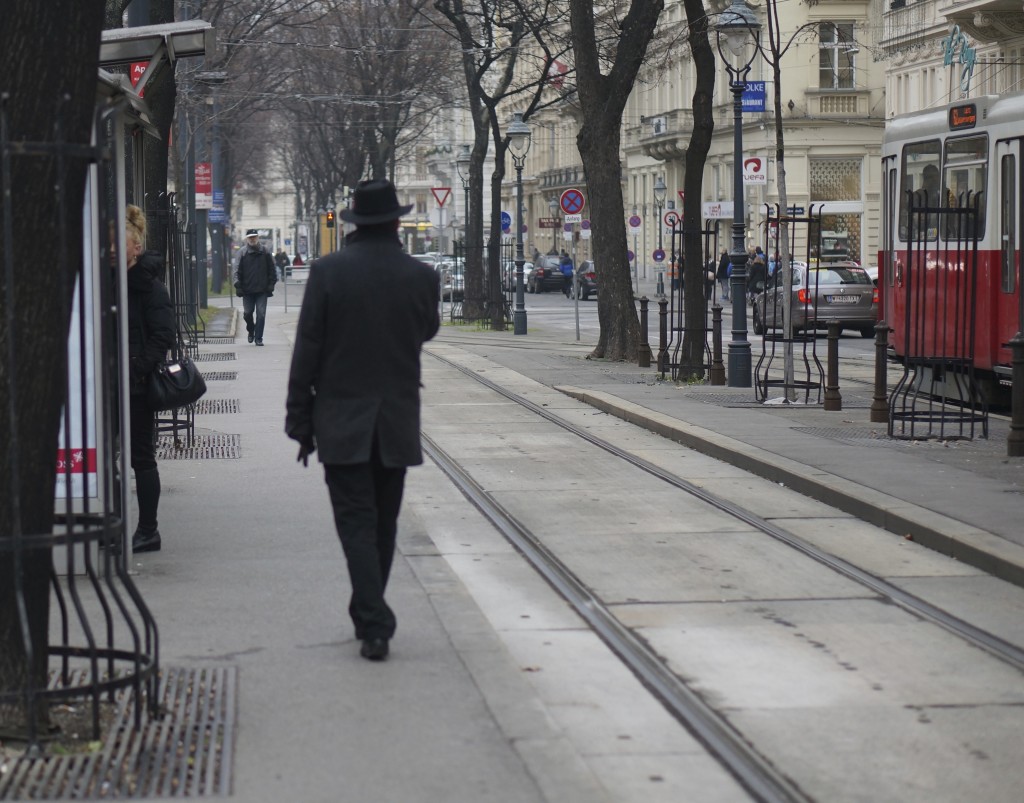 With so many excellent men’s shops to choose from, it’s no wonder that the average guy in the street looks like he could have walked straight off the set of The Third Man.

Have you found great men’s shops in Vienna?  Share your favorites in the comments below. 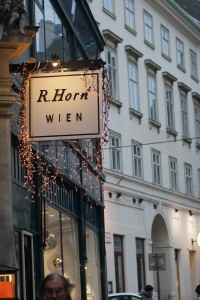 You should definitely check out Philippe Perzi Vienna at Spiegelgasse 25. They have the most beautiful range of men's shirts, ties and other menswear. Seriously, have never seen anything like it. It's a hidden gem in the city. I go visit them every time I am in Vienna.

Thanks for the tip! Will check it out for sure.

I have been in Vienna a few times but never noticed the stylish hats. I must be more observant the next time

Vienna is one of my favorites cities, but I bought the hat, not my husband!

I tried some on too, they are super cute on women!

think i need to hop across to vienna then to fill my wardrobe!

The service there is amazing too. Just love Vienna.