By Kristin Francis on 12/05/2013 in Christmas and Holiday, Europe, Germany, Munich

Dancers garbed in Renaissance attire. Vendors role-playing medieval characters. Blacksmiths crafting medieval weapons. These were the descriptions I’d read of the Medieval Christmas market in Munich’s Wittlesbacherplatz square. I wasn’t sure what to make of the Medieval market– it sounded like it could either be a really cool experience or like a Renaissance fair gone very bad. So I decided to check it out for myself.

Why a Christmas market dedicated to the Middle Ages?

The Medieval Christmas market (in German, known as the Mittelaltermarkt Munchen) was designed to reflect those early markets, to show what a market may have actually been like in the middle ages– complete with period dress, drink and crafts. While some modern items are mixed in, surprisingly the market manages to retain a feeling of authenticity. 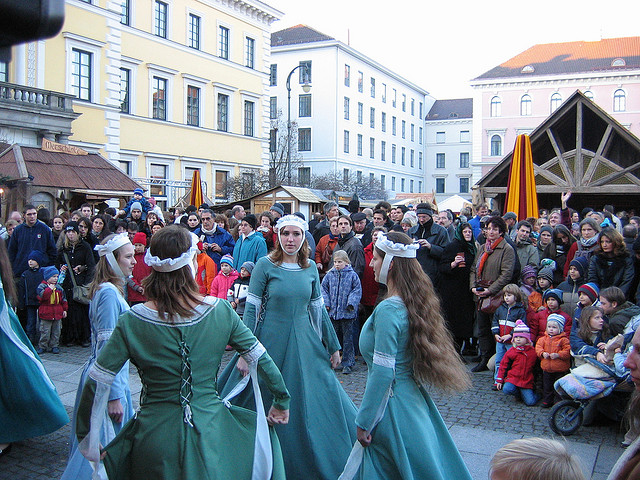 The market has frequent performances from Renaissance dancers as well as musicians playing period instruments. Even if you don’t catch an official performance, watching the stall merchants playing their roles in period costumes can be just as entertaining. 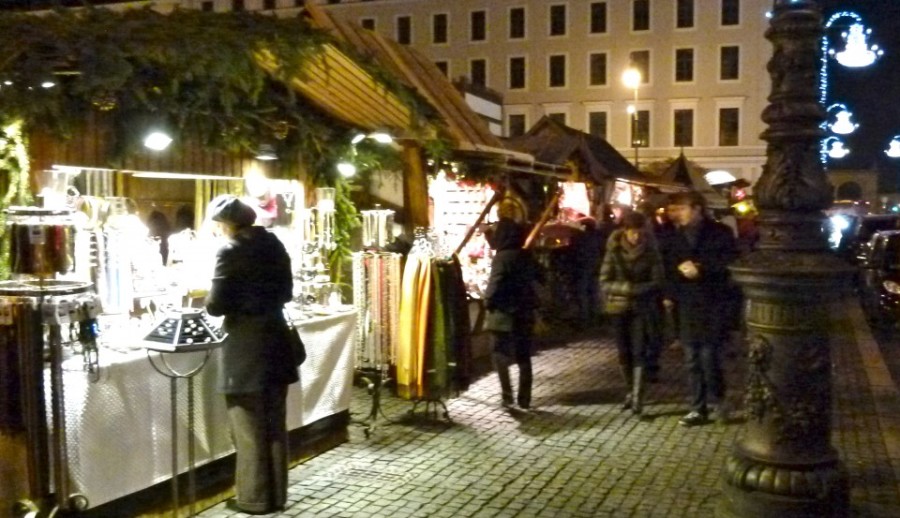 The medieval Christmas market is especially atmospheric at night. 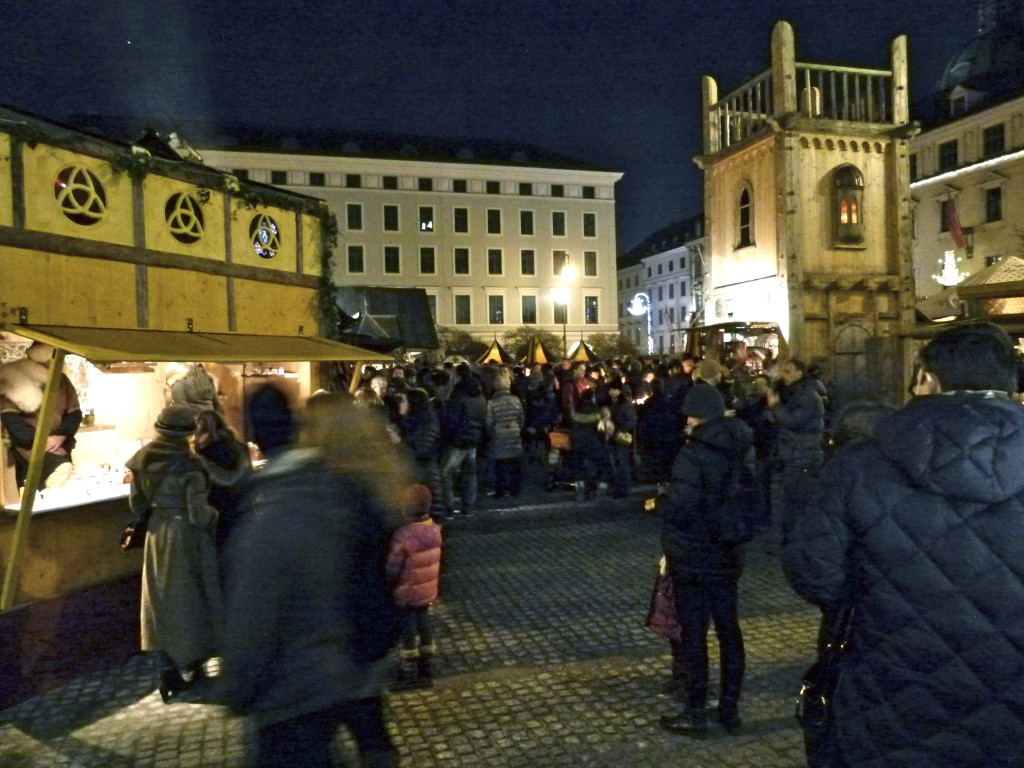 Confined to Wittlesbacherplatz square, the market itself is compact, lending an intimate feel, but is still large enough and with enough variety to create a buzzy and festive atmosphere. You’ll find unique drink options with a medieval twist, like traditional mead (a fermented honey wine). While I almost always bring my Christmas market drinking mug home with me, I skipped the medieval market’s red clay version– it was just too fragile, its thin handles just begging to be snapped off. 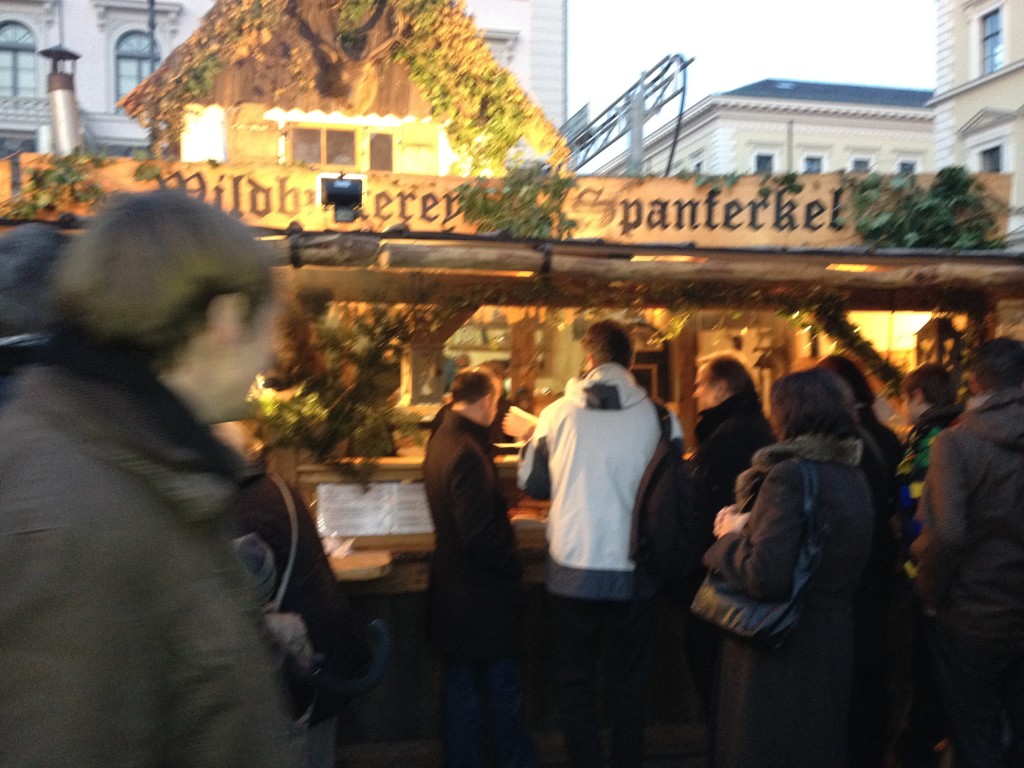 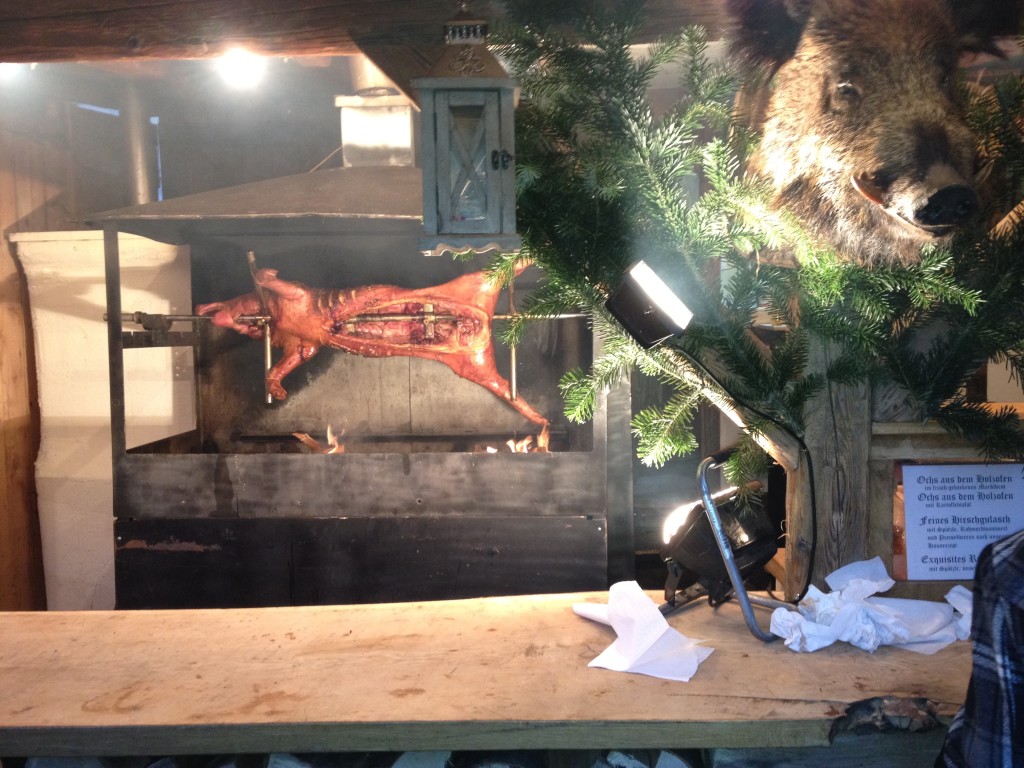 This pig on a spit made for tasty sammies. Munich’s Medieval Christmas Market.

The Medieval Christmas market had the best–and biggest variety– of German food of all the markets I went to in Munich.  Standouts included tasty pork sandwiches and to-die-for apple fritters. After a little too much gluwein or mead, ordering food at the stalls can be tricky. The posted menus list multiple options, usually long German words like kartoffelpuffer or reibekuchen. Fortunately, the pointing method worked fine too. 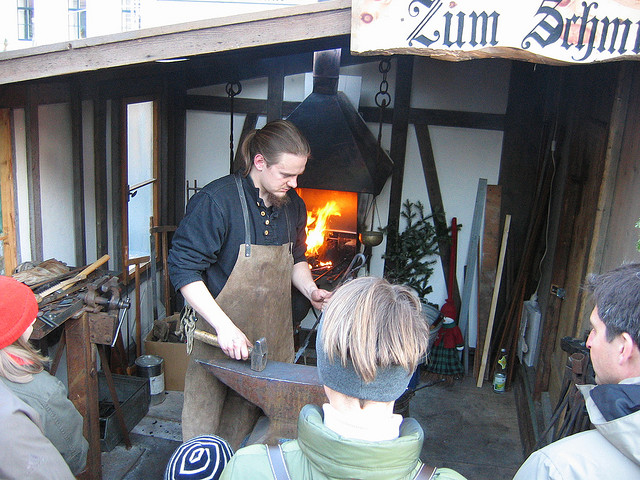 A blacksmith at work at Munich’s medieval Christmas Market.

The medieval Christmas market not only had demonstrations of traditional medieval crafts, but also sold the items the craftsmen produced. 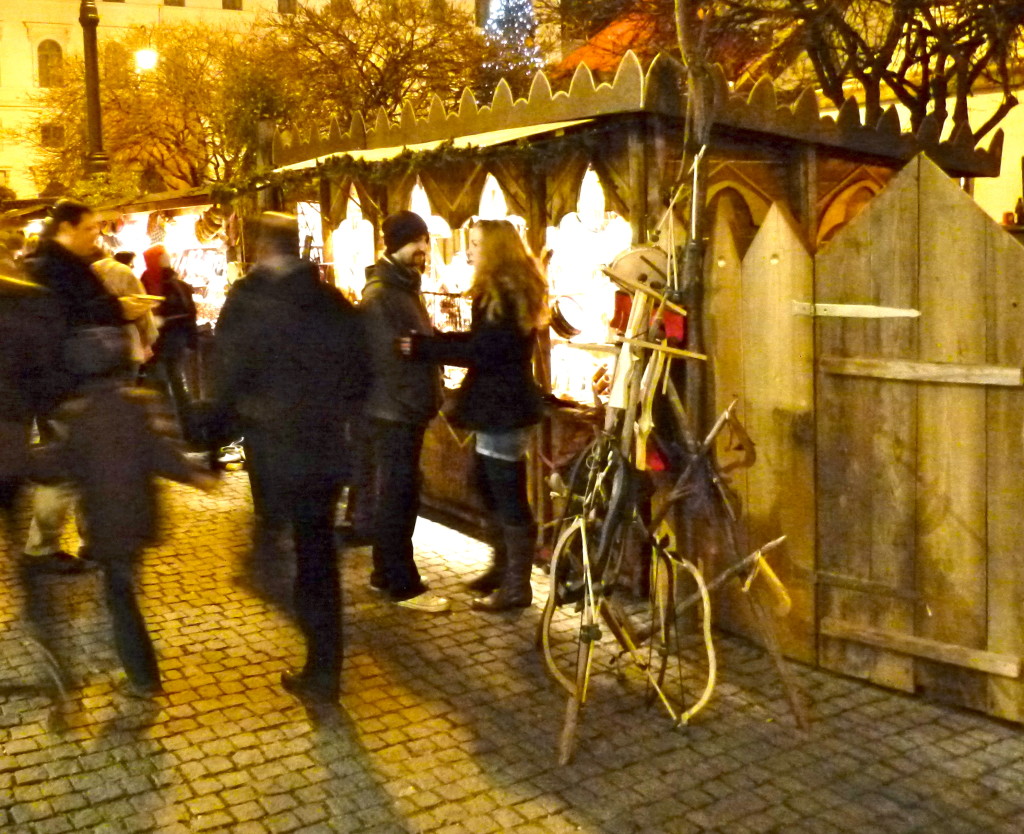 Try getting these on the plane. Munich’s Medieval Christmas Market.

Medieval weapons on offer included these bow and arrow sets. Not sure what the customs rules are for bringing these back. 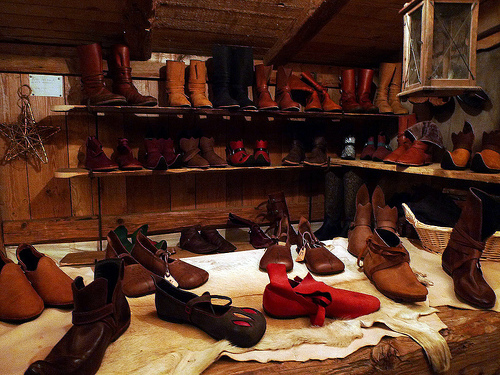 Would you wear medieval style shoes?

Not every item was straight out of the middle ages, though.  I doubt anyone would want to wear authentic medieval shoes, but modern shoes made from traditional methods could be a fun souvenir. 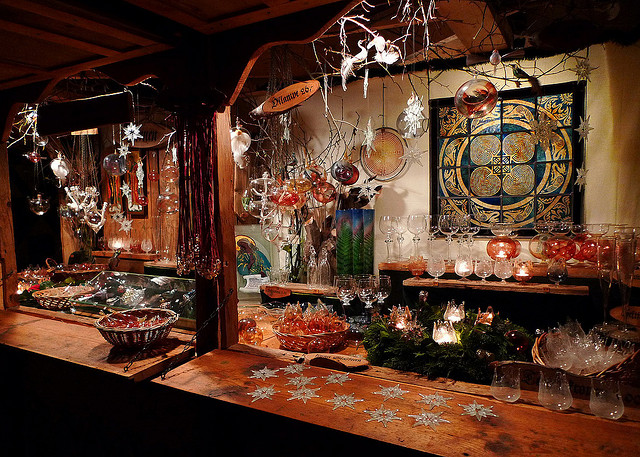 You’ll find other traditional crafts that have survived to modern day– like these hand-blown ornaments.

Although I left this market empty-handed, I would still rate it the best Christmas market in Munich for the unique concept, fun browsing and fantastic German food.

Have you been to Munich’s Medieval Christmas market?  Share your thoughts in the comments below!

All photos by Souvenir Finder copyright 2013 except Creative Commons photos used in accordance with creative commons licenses (see attributions below or click directly on photo):

Is the NYC Union Square Holiday Market worth checking out? My shopping guide in photos.
The Best Munich area Christmas Market isn’t in Munich– hop a train to Augsburg instead